Does Theology Hinder a Christian Lifestyle? 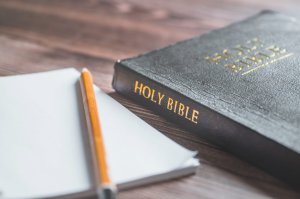 I have often heard it asserted that early Christians emphasized a holy lifestyle, not theology. This assertion usually flows out of a concern to combat Christians who define faith as mental assent alone—not a changed life. However, I am certain that juxtaposing belief and behavior this way is misleading and harmful. It trivializes the role mental assent does play in Christian faith. One early Christian author understood the essential unity of right belief and behavior. I will defend this proposal by drawing our attention to an important text from the ante-Nicene period. After introducing the source, I will show why right belief is vital, foundational, and unified with right behavior.

The Proof of the Apostolic Preaching

The Proof of the Apostolic Preaching is written by Irenaeus of Lyon—an early Christian bishop.1 Written in the late second-century, Irenaeus addresses the book to Marcianus who is inclined “to walk the path of God’s service.”2 Furthemore, in the introduction he states a two-fold purpose for the work:

What we are sending you is in the form of notes on the main points, so that you may find much matter in short space, comprehending in a few details all the members of the body of truth, and receiving in brief the proof of the things of God. In this way, not only will it bear fruit in your own salvation, but also you may confound all those who hold false views, and to all who wish to hear, you may with all confidence expound what we have to say in its integrity and purity.3

Essentially, Proof of the Apostolic Preaching is a handbook of core Christian theology. Irenaeus believes it will help solidify Marcianus’ faith and serve an apologetic purpose by equipping him to refute false teaching. Thus a Christian bishop, separated from the Apostles by one generation, recorded a summary of core Christian beliefs. To be clear, Irenaeus was personally associated with Polycarp—a disciple of the apostle John.

Irenaeus is convinced that right belief is an essential element of true Christian faith. He argues that mental assent is a key part of the faith which brings us salvation:

For Irenaeus, right belief is vital for the maintenance of salvation. He goes on to assert a rule of faith which is an embryonic form of what we know as the Apostles’ Creed.5 Early in the development of the church, baptismal candidates were required to assent to a creedal formula.6 Early Christians believed this creed described reality. Therefore, all Christians were required to assent to its truthfulness.

Irenaeus argues the church’s foundational dogma is God the Father, the Word of God, and the Holy Spirit.7 He is worth quoting at length on this point:

God the Father, uncreated, beyond grasp, invisible, one God the maker of all; this is the first and foremost article of our faith. But the second article is the Word of God, the Son of God, Christ Jesus our Lord, who was shown forth by the prophets according to the design of their prophecy and according to the manner in which the Father disposed; and through Him were made all things whatsoever. He also, in the end of times, for the recapitulation of all things, is become a man among men, visible and tangible, in order to abolish death and bring to light life, and bring about the communion of God and man. And the third article is the Holy Spirit, through whom the prophets prophesied and the patriarchs were taught by God and the just were led in the path of justice, and who in the end of times has been poured forth in a new manner upon humanity over all the earth renewing man to God.8

In other words, the Father, Son, and Holy Spirit are the foundation of Christian doctrine. Irenaeus’ claim is intensely theological. For him, the Christian faith is built squarely on a foundation of good theology. He is convinced that the fallen human mind is purified by right belief. In other words, we believe lies about the Creator which contaminates our minds. The only antidote to this pollution is a strong dose of truth about our triune God.

Right Belief and Behavior Are Unified

Finally, Ireneaus argues that right belief and behavior must be held together in unity. He asks a question: What good is knowing the truth, if you defile the body and devote yourself to evil works? Good beliefs purify the mind contaminated by falsehood; good works purify the body contaminated by sinful actions. Jesus became a man in order to recapitulate all things. This means purifying every aspect of human experience—mind and body. Therefore, Christians are transformed by good belief and good behavior “for these two rejoice in each other’s company, and agree together and fight side by side to set man in the presence of God.”9 Furthermore, Christians are preserved in purity “by the constant abiding of truth in the mind and of holiness in the body.”10 This marriage of right belief and behavior is the narrow way Christians must pursue. The Christian faith binds theology and lifestyle together. This is the way of the incarnate Word of God who taught us the truth about our Father and showed us how to please Him in life. Let us pursue a synthesis of belief and behavior in union with Jesus so that our minds are purified by the truth and our bodies are purified by a righteous lifestyle.

Timothy is a biblical studies major at Sattler College who loves studying biblical and historical theology. He is married with three young boys and is enthusiastic about hiking, reading, and eating mangos around a campfire.

1 thought on “Does Theology Hinder a Christian Lifestyle?”