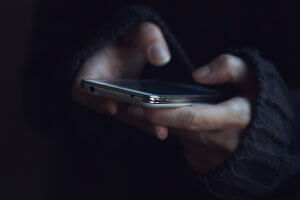 I’ve been writing about technology and the subtle ways it can hurt our personal reflection and relationships. But some of the damage from technology is a bit less subtle. I wish all that was at stake with our phones was the constant potential for distraction. Something far more evil that inflicts long-term damage has invaded our churches. I’m talking about pornography, of course. Two fine articles have already been published on Think Truth that deal with this subject. Kristen looked at the connection between pornography and prostitution while Austin exhorts us to see purity of heart as the ultimate answer to overcoming lust. I’d like to look specifically at the presence of pornography and the ways it should change our interaction with technology.

Acknowledging the allure of immorality

Sexual immorality has always been one of the most common—and bewitching—of sins. There is probably no biblical command that has been harder for humans to accept than the restriction of all sexual activity to the marriage of a man and woman committed to each other for life. Even when people admit that deviance from monogamy brings with it unending social catastrophe, it’s still hard for many to resist. In the Old Testament, we see numerous men of God—Samson, David, Solomon—who fail miserably. But as New Testament believers, the standard is clear. Christ raises the bar even higher, by defining looking with lust as adultery. This is a sin that has no place in the life of a believer.

The allure of sexual temptation is nothing new. What’s new is the incredible ease of access. There has always been pornographic literature and paintings. Photography escalated the market substantially, then it was the internet, and now smartphones enable people to access virtually anything in seclusion. If men have been notorious for going to great lengths to satisfy illicit cravings, now they can look at anything they want, barely lifting a finger.

It would be folly to suggest that we can fight off these temptations by trying to control our access. Leaving aside that it’s impossible to cut ourselves off from sources of temptation, we’re dealing with matters of the heart. Our fallen nature needs redemption and until we have fully surrendered this area of our lives to the will and commands of Christ, we fight a losing battle. But I also think it would be foolish to watch the recent onslaught of new temptation without applying extra practical vigilance. Frankly, I don’t think the church has done a very good job. Statistics showing a large percentage of the church viewing pornography should frighten us—and looking at stats from conservative Anabaptist settings is hardly more reassuring. These days, hearing a young person request prayer for “moral struggles” is so common it’s almost expected. While this rampant sin is ultimately attributed to our fallen nature, there’s no way around the fact that it’s far worse because of how easily it can be accessed. In short, technology has made an already difficult battle exponentially more dangerous. Adam Alter summarizes this well:

Are we being foolish?

I think it’s naive to allow ourselves to be subjected to this constant onslaught and simply pray for strength to “do better morally.” Of course we want to be walking at a place of personal purity and love for Christ that would enable us to overcome any temptation, no matter how severe. But let’s think about this for a bit. All of us ought to be at a place where we could withstand attempts at seduction from a provocatively dressed person.. Imagine a man deliberately putting himself in a place where he knew he would be tempted by such a woman, though. We would think this man foolish—and seriously doubt his moral integrity. Could we be committing this same folly with our phones? We desire to walk in freedom, yet carry around devices that could lead us into terrible sin in a moment of weakness—within seconds.

What does Jesus say?

Perhaps this sounds like asceticism. If done without a desperate cry of repentance and passionate pursuit after Christ, it will be. But there is a clear biblical warrant for fighting sexual sin with practical—often severe—measures. Consider the words of Jesus:

While we easily create a dichotomy between heart change and practical action, Christ doesn’t. In fact, in the very passage where He defines adultery by what is in a man’s heart, He prescribes ruthless action to combat lust. Honestly, in our discussions about purity, I’m surprised I don’t hear these verses mentioned more frequently. These words could hardly be more direct—and they’re specifically in the context of sexual sin! Based on these verses, couldn’t we say that if we are sinning sexually, we should remove the source of temptation?

What does this mean, practically?

I want to be as nuanced about this as possible. Some might argue that given the seriousness of the threat, we have reason to eliminate smartphones and the internet entirely. In some situations, this might be necessary, especially when there is a deeply entrenched addiction. But here’s the real question: are you walking in victory with the current setup you have? If you aren’t, then seek to eliminate the stumbling block. For some, accountability software is sufficient: knowing others can see your content effectively ends the struggle. If you still fail or find ways to look at content that doesn’t flag your partners, then it isn’t enough. Perhaps deleting a few apps—like YouTube, which is often a huge time-waster anyway—would be a wise move. And there’s always the whitelist option: setting your phone to only visit the sites you allow—and have someone else create the password required to change your settings. Again, the principle needs to be the guiding factor. If your phone is continuing to tempt you, it’s time to take more action. Isn’t it a fair application of Christ’s words to say that it’s better to use a flip phone than to defile yourself with illicit content?

Making the connection between perpetual distraction and temptation

Think about it for a minute. Imagine you’ve spent an hour on YouTube, watching frivolous videos. There wasn’t anything sexual about these videos, but your mind is dulled and you find it hard to focus on anything worthwhile. You feel tired, bored, and probably a bit discouraged. This is not a good place to be when sexual temptation comes! And of course when you’re on your phone, the possibility of sexual temptation is very high. You might see a suggested video on the sidebar that looks a little raunchy and click on it, more out of boredom than anything else. This is exactly how many sexual failures start. As I talk to others who are dealing with this sin, there’s a common thread: most times of failure didn’t start with a deliberate decision to sit down and pull up pornography. There is a gradual progression that starts with a seemingly innocent desire to look at something interesting to cope with tiredness and boredom. Not only do our phones give us access to inappropriate content, but they make us more likely to be in a state of mind that has a hard time resisting it.

A word to parents

It pains me to see so many young people getting a smartphone and then asking prayer for moral freedom a few months later. Teenagers with raging hormones are unbelievably vulnerable to the myriad of temptations the web provides. Yes, it’s true that there is nothing parents can do to eliminate the risk of their children accessing pornography on someone else’s phone or finding a pornographic magazine. But surely this isn’t a reason to leave the door wide open! Giving a child a phone that has the capability of accessing pornography is a risk I can see no reason to take. If they get a smartphone, shouldn’t the internet access be severely restricted? This isn’t being too harsh. It’s one of the kindest things you can do and could help avoid years of fighting and tears.

Some of you reading this are in the middle of an intense war that you can’t seem to win. I want this post to be an encouragement to you. I’m writing this post because I know what it’s like to be in the middle of sexual sin and feel like there’s no way out. I want you to know that there is. But in order to find victory, I’ve found that I need to be completely honest with God—and others—about how I’m doing. As men, we have this awful tendency to gloss over our moral struggles, perhaps because we think they could be much worse—or think it’s not a big deal because others are struggling, too. “I’m doing pretty well. I did have a little struggle last week, but could have been much worse and I’m thankful that God is helping me grow.” It’s so much better to be brutally honest about our sin. There is great relief in repentance. Taking our sin more seriously doesn’t consign us to a long period of penance as we hope that someday God might allow us to feel His love again. No! We are forgiven and God freely extends grace for us to go on in victory. If we’re honest, I think all of us can see ways that we need to walk in greater purity, even if we’re walking free from porn. Let’s hold ourselves to God’s standard of complete freedom from lust.

Too often our sexual struggles become about what we shouldn’t be doing. We see sexual sin as an immensely pleasurable experience that we sadly can’t enjoy if we want to be a good Christian. This is so wrong! Sexual sin brings a trail of tears, keeping us from being able to experience the joy and excitement that God has for us. When we walk in God’s freedom, there is an indescribable sense of peace and purpose. We taste God’s goodness in ways we didn’t know were possible. And we can look others in the eye without shame.

It’s worth whatever it takes.