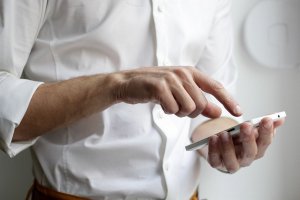 Pornography and Prostitution: a backstreet brothel, a locked bedroom door, and the link between the two.

It is easy to shake our heads at a problem, briefly pray for someone, or impersonally support an organization when we can stay emotionally disconnected. We give money to organizations that feed the poor in Africa and South Asia, while sleeping comfortably at night because we haven’t actually seen the suffering face-to-face. We give a little here and pray a little there—and stay far removed from the real problem.

However, as followers of Jesus, this is not how we are called to live our lives. Did Jesus stay in the temple or at His home in Nazareth and only heal from a distance? No. He went and touched the lepers, the outcasts, and the blind. He willingly went into the darkness, the evil, the suffering.

But first, what is sex trafficking? It’s any activity that involve holding, transporting, or recruiting people “for the purpose of a commercial sex act in which a commercial sex act is induced by force, fraud, or coercion…”[1]. This  includes any forced sexual activities, from street prostitution, to Nepali girls in brothels, to a lover-boyfriend-turned-pimp forcing a girl to perform sexual acts for him. Some massage parlors, for instance, appear on the front to be legitimate businesses while clandestinely offering sexual services.

The Office of the Assistant Secretary for Planning and Evaluation (ASPE) conducted a study in which they stated, “The crime of human trafficking affects virtually every country in the world.”[2]  No matter where people live, whether it be a hotel in Europe or an apartment in Asia, sex trafficking impacts the lives of those around them. I see it walking my own streets here in Queens. Three buildings down from our church is a massage parlor that remains locked from the inside even when the sign says “Open.” On a few occasions, we have seen several girls go inside, dressed in miniskirts and coats. But whatever happens inside is hidden by the heavy orange curtains draped all along the front glass.

The evil of pornography.

We shake our heads in sadness when we hear that one million children are forced into sex trafficking or when we see pictures of the millions of prostitutes worldwide. Yet, how often do we unknowingly support sex trafficking from our very homes? Ana Stutler, a graduate of Calvin College with an International Relations degree argues that “society view sex trafficking as something we ought to combat, yet it sees pornography as simply another genre of entertainment.” [3]

Dr. David Platt, a pastor and New York Times bestselling author, makes the claim in his book, CounterCulture, that “[m]en and women who indulge in pornography are creating the demand for more prostitutes, and in turn they are fueling the sex-trafficking industry.”[4]

The connection between pornography, sex trafficking, and prostitution is acute. Dr. Melissa Farley, the Executive Director of Prostitution Research and Education, makes the case that the main difference between pornography and prostitution is the fact that pornography takes the abuse and assaults of prostitution and makes a profit from it.[9] She goes on to say, “Profits turn sexual assault of children, rape, domestic violence, humiliation and sexual harassment, and pictures taken of those things – into a business enterprise.”[10] While many people would never dream of raping a six-year-old girl, every time they click on porn they are, in essence, promoting that very thing.

In an article posted by International Justice Mission, the author observed that before the Digital Age, buyers of sex had to go to brothels or bars. Today however, abusers who are anywhere in the world can “exploit” minors without ever having to leave their house.[11] An Assistant Professor at Bethlehem College and Seminary, Andrew D. Naselli pleads with his readers by saying, “Plant this deeply and firmly in your conscience: since pornography fuels sex slavery, indulging in pornography to any degree is participating in sex slavery.”[12]

This reveals the apparent hypocrisy of many people, both Christians and non-Christians, alike. While many people claim to be lovers of truth and justice, some of nevertheless supporting the sex trafficking industry worldwide. Dr. David Platt sums it up well when he writes, “No matter how many red Xs we write on our hands to end slavery, as long as these hands are clicking on pornographic websites and scrolling through sexual pictures and videos, we are frauds to the core” (italics added).[13]

We believe in a God of justice. We believe in a God of light. A God that can and will dispel every form of darkness around us through Jesus Christ.  However, we are the worst of hypocrites when we obey God in public and disobey Him in private. Church, this does not have to remain this way. We can, with the strength of God, rise up and put a stop to this. This means examining our own personal lives for hypocrisy first, whether it is pornography or other hidden sins. Then we bring that sin to the cleansing light of Jesus. He stated that “he who does the truth comes to light, that his deeds may be clearly seen, that they have been done in God” (NKJV, John 3:21).

Because when we know the truth, the truth can set us free.

1 thought on “Pornography and Prostitution”