When We Want His Solutions and Not His Strength 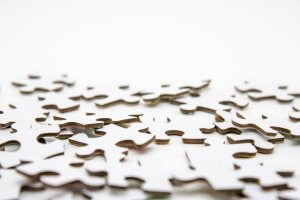 While avoiding the thought of my long shift and the inevitably grumpy customers ahead of me, my mind swirled as it tried to organize my long to-do list. Don’t forget about this assignment for that class. You need to message her about youth tomorrow. Oh snap, I need to exercise this afternoon. And I should probably read some more of that book… And I wondered how I was going to do it all.

This mental conversation with myself often occurred during an extremely busy season that meant balancing college assignments, work shifts, church events, and family time. And I was tired. Sometimes, my A-type personality thrived on the challenge, figuring out the most efficient ways to finish all my tasks and stay sane at the same time. Other times, most times, I just wanted to quit, to throw in the towel and walk away from everything. When I had time to do everything, I enjoyed life. College mentally challenged me, my restaurant job gave me new friends and people skills, and church and family life were immensely encouraging. But sometimes, the combination of all of it was just too much.

And that’s when I wanted His solutions.

When I walked to work, I would try to grab a few moments of peace before clocking in. But I rarely disciplined myself to turn off that mental checklist. Even when I was replying to texts from friends, my voice messages inevitably turned to a complaint about how much I had to do when I got home. Sometimes, when I was being completely honest with myself, I asked God why He couldn’t just fix everything. Why did I have to pay my way through college? Why am I doing this at all? Why was my job so busy and demanding so many hours from me? Why is it always my family doing the work at church? Why, why, why.

I refused to believe the answers that said, “This is a season. God will get you through.” I didn’t want to “get through this.” I didn’t want to do any of it, period. I refused to look at the very likely possibility that God was going to use this time to prepare me for more challenges to come. Instead of accepting His strength to help me, I frantically looked for His solutions. I wanted Him to magically give me a college degree, a paycheck, and the salvation of my neighbors, all without any effort on my part.

But that’s not how He works. You see, God could magically fix everything. Nothing challenges His omnipotent sovereignty. But He rarely chooses to do so because I don’t believe that is how God has chosen to accomplish His plans.

The Children of Israel

After forty years of wandering in the wilderness, the children of Israel were finally standing on the edge of the Promised Land, listening to Joshua give them the commands of the Lord. “Within three days, you are to pass over this Jordan to go into to take possession of the land that the Lord your God is giving you to possess” (Joshua 1:11, ESV). Imagine the excitement of the people as they eagerly waited on the banks of the river, knowing that their long-awaited inheritance was within a couple hundred feet. They were looking forward to finally resting. But it would take years, even generations, before they would have control of the land. (And even then, their sin prevented complete rest as they entered the cycle of the many judges.) After the miraculous defeat of Jericho, more cities remained to march around, to conquer. Their rejection of God’s plan to rescue them only made those cities harder to defeat. I’m sure the bone-weary warriors returned after fighting and asked, “Why do we have to keep fighting like this? Why can’t God, with one command, make the walls of all the Canaanite cities collapse. Why do we have to go on fighting battle after battle?” They too, would have questioned why God wants to work through humans instead of just doing it all Himself. Why couldn’t more battles have been won with an angel slaying 185,000 soldiers (2 Kings 19:20-27)?

Even the warriors of the New Testament—Paul, Barnabas, John, Peter—must have asked themselves why God wanted to work through them. The salvation of the world could have simply come about by angels shouting the resurrection of Jesus Christ from rooftops and town squares. Why did God leave it in the hands of twelve dusty fishermen and their successors? Those brave men and women who began gathering as believers in The Way would have experienced easier lives if God had simply given them quick and easy solutions instead of asking them to suffer through horrendous persecution.

The pioneer missionaries that headed out to foreign China, India, and Egypt during the nineteenth and twentieth centuries wrestled with the question why God sometimes withholds solutions. C. T. Studd and Cecil and Arthur Polhill, on their way to China for the first time, “put their Chinese grammar books aside and prayed for the Pentecostal gift of Mandarin and supernatural power.” The seasoned missionary traveling with them, J. Hudson Taylor, told them in exasperation, “If I could put the Chinese language into your brains by one wave of the hand, I would not do it.” Taylor emphasized the fact that language learning was more than the memorizations of conjugated verbs. It was a process of learning a culture and a new way of thinking. The three recruits went back to their grammar books, realizing that there was no magical solution to learning languages and crossing cultural bridges.

Hudson Taylor had realized a great truth that I am still trying to grasp. God uses our challenges to prepare us and refine us for greater challenges ahead. Instead of looking for instantly defeated cities and battles won without effort, we should seek the growth of our own strength. Instead of crying out for the masses to receive salvation without any work on our part, we should seek to proclaim the gospel in every opportunity we have. Instead of praying for the gift of tongues, we should seek to build friendships through the struggles of language learning. Instead of demanding solutions, we should seek sanctification. And in the midst of busy seasons and demanding situations, we hold to the promise that His strength is always with us. When we are weak, which is often, we will be given strength. He will sustain us.

What about you? When you get down on your knees in the morning, do you only ask Him to heal this and provide for this? Do you focus on the problem and only pray earnestly for the cure? Please don’t misunderstand—we are supposed to intercede in certain situations. We believe that prayer works, so we pray in faith. But maybe sometimes He wants us to lay aside our desire for nice, clean endings and instead pray for strength to endure the challenges that we will face. We live in a world that is groaning as it waits for the return of its Savior, and because of that, disease, sorrow, and trouble will come. But even when we lie discouraged and seemingly beaten, we can rely on His strength. Oh what a joy it is to know that, even when problems don’t have magical answers, His strength will still be enough!

Kristen Yoder currently lives in Elmhurst, Queens, NYC, one of the most ethnically diverse places on the earth. A passionate advocate for city-living and cross-cultural evangelism, she loves interacting with people from all over the world. Besides currently working on college with Lumerit Education, she enjoys reading biographies, watercoloring occasionally, and enthusiastically joining conversations on theology, personality types, and apologetics, to name a few.