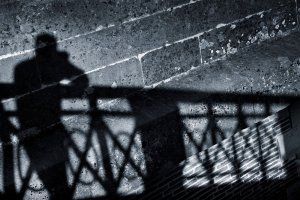 Why does the New Testament lift up singleness as a noble calling? How can we value singlehood in a conservative culture that lifts up marriage and biological family so highly?

The book of Genesis opens with a man living alone and God declaring it “not good” (Gen 2:18). The New Testament, though, doesn’t seem to sound quite the same note. In fact, in all four Gospels we meet the central figure in the New Testament—and in all of history—who turns out to be a single man. Far from calling people to marry and “be fruitful and multiply” physically (Gen 1:28), Jesus is known for statements about “leaving” parents, wife, family, and property (Matt 19:29, Mark 10:29, Luke 18:29); about becoming “eunuchs for the kingdom of God” (Matt 19:12); about multiplying through making disciples of all peoples (Matt 28:18-20).

One of the other most important figures of the New Testament, the Apostle Paul, also appears to have been single. While he speaks beautifully of marriage in Ephesians 5:22–33 and elsewhere (e.g. 1 Tim 4:3; he was not an ascetic!), he strongly encouraged believers to consider singlehood as a perfectly valid and even wise choice (1 Cor 7).

There is something distinctly “Christian” about valuing singleness; something which changed from the time of the Old Testament with the coming of Jesus. In fact, there are two things. First, singleness takes seriously the difficulties of life and service in a fallen world. Second, singleness anticipates the new creation where human marriage is transcended by the marriage of God and his people.

With the first coming of Jesus came also the “last days,” with the accompanying “Messianic woes.” The Old Testament age, emphasizing land, family, and material blessing, had always pointed forward to the ultimate blessing of God in a restored world with his people. Those days of fulfillment have now begun in Jesus, but it’s complicated. Just as Israel experienced years of suffering in Egypt and in the desert before reaching the promised land, and just as David faced years of opposition before taking the throne, so the Messiah and his followers face a period of suffering and opposition before final judgment and salvation.

Now is not the time to feel overly rooted in land, family, and society. While marriage and family are not wrong (1 Tim 4:3, Eph 5:22–33, 1 Cor 7), there is a sense in which something about them better fits an age of stability in God’s blessed land than a hostile world on the verge of destruction.

This is what Paul speaks about in 1 Corinthians 7. “In view of the present distress” of Christian life in a broken, evil world (see Rom 8:18–25), marriage is not the best option for everyone (v. 26; cf. Rom 8:18–25). “The appointed time has grown very short,” and “the present form of this world is passing away,” Paul writes (v. 29; cf. Rom 13:11). Therefore, no one should live as though they are deeply rooted in this present age—whether with respect to marriage, or temporal happiness, or material possessions (vv. 29–31). While marriage is perfectly acceptable (v. 35), singleness can enable people to avoid any competing demands between the Lord and their spouses and the occasional excruciating choices that may result; they also avoid the stresses, anxieties, and potential conflict that marriage brings. They can pour all of their energy into the things that are not about to “pass away.”

The value and advantages of singlehood, then, remind all Christians that our place in this broken world is temporary, and that we must not settle down too much or root ourselves too deeply here. Our true home is yet to come. The church needs godly single people exemplifying this attitude and continually calling us all back from our nearly inevitable slide into complacency.

Anticipation of the Marriage to Come

Singleness also anticipates the ultimate marriage to come between the Messiah and his people. Think about this: Why was Jesus single? A number of reasons come to mind, including the fact that he only lived on earth for thirty-three years and the bizarre problems with a God-man having children. But the picture the New Testament paints is of Jesus living as a single man because he was seeking, suffering for, and now awaiting his bride: all of us. The valuing of singleness in the NT begins with the single Messiah awaiting the great marriage to come (see Eph 5:22–33, John 2:1–12).

Single believers likewise live out their—and our—anticipation of the great marriage in a very tangible way. Just as marriage is a piece of divine theater pointing to the marriage of Jesus and his people, so singleness is divine theater pointing to that same day, but in a different way. In response to a strange scenario posed to him by the Sadducees one day, Jesus corrected them by teaching that “in the resurrection,” people do not marry (Matt 22:30, Mark 12:25, Luke 20:35). As one of my professors liked to say, believers today can follow the pattern of the old creation and marry, or can choose to follow the pattern of the coming new creation and remain single.

While the absence of human marriage and sexuality in the new creation may seem a real loss, it is not. The commitment and devotion and companionship and sexual passion between the most loving husband and wife will be seen as little more than hints of “Warmer! Warmer!” in the ultimate hide-and-go-seek game. Marriage will not be lost; it will rather be found. Single believers live as those who really, truly believe that what they have not experienced in this life will indeed be experienced in a far greater, fuller way in the resurrection. That they, like Jesus and along with him, are waiting. And that what they are waiting for is something really worth waiting for.

The church needs godly single people embodying this hope and continually calling us all to wait with them, and to live in line with the age to come and the ultimate marriage that awaits.

I started out this post noting how our conservative culture highly values marriage and family. In fact, it can often seem as though it’s built around families, with single people being misfit add-ons. The older single young people get, the harder it is to feel like a fully accepted and “legitimate” member of the group. In fact, in too many cases they are treated as still a “youth” until they’re married—and once married, they magically and instantaneously grow up. So sometimes there will be these bizarre situations where a 21-year-old couple is “chaperoning” a group of young people, among whom are a couple of 27 and 28-year-olds! A married 22-year-old may feel free to speak up about an issue in a brothers’ meeting, while a 26-year-old single man isn’t sure if he will be taken as seriously. It is the worst for single women, who may never fully have a voice in the church if they are not married, no matter how old they are. Socializing too is often segregated by age and marital status: youth groups here, young couples there, families over there… and single people awkwardly excluded, unintentionally of course. Is that how we would have treated Jesus, as a thirty-year-old single man?

It is so important that we embrace the New Testament’s valuing of singleness, and embrace all of our brothers and sisters in the calling that God has called them (1 Cor 7:17). Practically, this can mean a number of things. I encourage you to think about the implications in your social group and church. Here are a few I’ve thought of.

1) Have friends across marital status boundaries. If you’re dating or newly married, make a point to not drop your single friends but to stay close to them and to include them in your expanding social circle. Remember that it is sometimes easier for you to host single people than vice versa (since you have your own home), so invite them over regularly.

2) Judge single people and married people not by their marital status but “by the content of their character.” Don’t take someone more seriously just because they are married. (That should be obvious, but sadly it isn’t always.) And don’t ever take someone less seriously or think them less than fully “legitimate” just because they are single. In short: Don’t treat single people differently than how you would want to treat a certain 30-year-old single man whose disciple you claim to be.

3) Appreciate the unique opportunities that single people have, and the way their status points to the fleeting nature of all human marriage and the anticipation of the great marriage to come. If you’re married, don’t take advantage of single people or treat them as resources to be “used” since they have “extra time” on their hands. Rather, learn from them and be reminded of the things their life embodies. If you’re single, remember that you are called not to fritter away your time and freedom on self-centered pursuits but to serve the church and the world. Embody the single-minded devotion that all believers must strive for.

4) Remember that all of our callings point in different ways to our present and future life in Jesus. The church needs both married and single people, rich and poor, old and young, male and female. But the church needs all of these groups to recognize the unique contributions the others each bring. And the church needs us to be intentional and purposeful in how our marital status—married or single—points to realities we all need to live by. At the end of the day, if we’re going to get through “the present distress” (1 Cor 7:26) and join Jesus’ bride “in the resurrection” (Matt 22:30), we are going to need each other—and especially our single sisters and brothers.

Dr. Paul Lamicela teaches biblical studies (see biblicalstoryline.org) and has a passion to help people know, be shaped by, and love the truth, goodness, and beauty of the one grand story of Scripture—which we are swept into through Jesus. Paul and his beautiful wife Laura love travelling, trying new foods, and good literature.