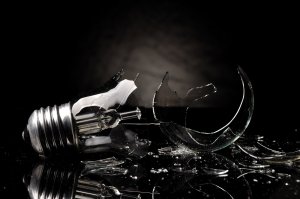 I hit enter and sat in disbelief as the headlines flashed on the screen. I quickly opened the first several links with a terrible sinking feeling in my stomach that dropped deeper than the floor. “No! Not another one!” the string of words kept racing through my head.

A friend texted the name “Ravi Zacharias” and hinted at some allegations. It made me drop what I was doing and read a number of different sources alleging that Mr. Zacharias was involved in multiple cases of abuse.

Here was a man that I highly respected for his ministry. In the past, I had spent a decent amount of time listening to his talks and discussions as he engaged many different kinds of people and ideologies. There was a certain intellectual draw and satisfaction in listening to Zacharias defend the Christian faith with a high degree of articulation. His seemingly impromptu but lengthy responses were often brilliant in their refute of common misconceptions and skewed syllogisms that came up during live Q&A’s. Hearing his calm and well-paced replies also produced trust and even comfort. It’s hard to accept, but there is not much doubt that the core was rotten in his final years. Of course, we should assume innocence until proven guilty, but a court case with its non-disclosure agreement in 2017 and his part ownership of two spas which he frequented—not to mention his own ministry team acknowledging that the allegations appear credible—leaves little room for doubt.

How does it happen that a man who was instrumental in changing countless lives and defending the truth, was found wanting. How do we relate to the things he said and the life he promoted on the surface? Was he the devil’s puppet all along?

There are many questions that we cannot answer; the full truth will only come out in eternity. But how should we, who live in the imperfect knowledge of the present, understand and relate to cases like this? What should our response be? How do we rectify the disconnect between the speaker and the message? Where was God? What do we tell others? What do we even tell ourselves?

Truth is truth regardless of the messenger.

It is important we understand that absolute truth is not negated even when spoken by the devil—much less a human. A drug lord on crack may quote a Bible verse, but that does not change its intrinsic value or void it of God’s power. So, we cannot use a person’s character as the final qualifier as to whether what they say is truth or a lie. Furthermore, a person’s failure or end does not necessarily validate or invalidate his previous words or work. When King David sinned against God and Bathsheba, that did not mean he was never chosen by God nor that everything he had spoken was false or insincere. God’s truth is always true and He is able to use unfit human beings to accomplish His purposes.

You can also ask why God allowed something like this to happen and continue on. Then I will ask why God has allowed you and me to still be alive. God suffers sin and destruction to happen because we live in a fallen and accursed world. It is not God’s will that sin should ravage the earth, yet it is God’s choice to give humans free will. And it is our misuse of this sacred privilege that continues to result in pain and suffering. Only in the new creation with our new bodies will sin and its effects be banished from our existence.

So, what are some dangers and lessons we can take from these types of situations? How do we avoid repeating the mistakes of those that have fallen?

Be extremely wary of taking a spiritual rest when you’ve accomplished something. I know from personal experience that the most dangerous times in life are after I’ve achieved a goal—the larger the goal and the more time spent achieving it, the more dangerous it becomes. It’s so easy to feel like we need a rest and forget that our adversary is never at rest. We can easily convince ourselves that we “deserve” special treatment because we’ve accomplished something and so now we can flirt with our flesh. Of course it’s always under the guise that “a little won’t hurt” before we’re hopefully jerked back to reality. Slipping away spiritually occurs slowly like the proverbial frog in the pot of water over a fire; one degree at a time. We must stay focused on the truth continually.

Therefore let anyone who thinks that he stands take heed lest he fall. No temptation has overtaken you that is not common to man. God is faithful, and he will not let you be tempted beyond your ability, but with the temptation he will also provide the way of escape, that you may be able to endure it. 1 Cor 10:11-13

On the other hand, the opposite ditch is just as dangerous. When you fail at some significant endeavor, you can feel like you’re the failure. You might think you’re a loser with no reason to keep pushing forward. To distract you from your misery, you wallow in self-pity and look for ways to feel good. Gratifying the flesh is the easiest way out. But that is not a way out. Sin will take you much further than you ever thought to go. We all must remember that our will and thoughts are not always God’s will and thoughts. With absolute knowledge and wisdom, God decides what is best, when it is best, and how it is best. Trust God and continue to act according to the truth even in times of failure and distress.

Second, knowledge is not enough.

Knowing the correct answers is not a proof of spiritual well-being. We see an example of this in Eli the High Priest and how he related with Samuel. God had rejected Eli and would not speak to him directly, but Eli recognized and was able to properly instruct Samuel on how to answer and speak with God. Why did God use a man who was a failure to instruct a righteous boy? That is not how I would arrange things but I am not God, and neither are you. God does use His word to cleanse and refine us, but simply knowing a load of Bible verses will not keep you from falling. Only by knowing the truth, embracing it, and living it out—with the empowerment of its author—will you be able to walk in the ways of the Father and live a pure life.

Should this shake up our faith in the truth when someone has fallen away? No. Judas Iscariot was a disciple of Jesus. He saw Jesus perform miracles and even had miracles done through him. Judas heard the truth from the primary source. And yet he chose to betray Jesus for a mere handful of silver coins. No…there have been much more brutal betrayals of the faith then we see in our day. But the Word of God will endure and continues to guide those that put their trust and a living faith in the truth.

Remember, men and women wiser than you, more seasoned, and more spiritual have failed before. Never for a moment think that it is impossible for you to fall.

Sergey Kravets is a music student and teacher, who enjoys traveling abroad, and loves to take part in a reasonable discussion. His passion is the desire that everyone everywhere would engage their minds in the pursuit of Christ. That people would not merely drift through life, but be transformed by the renewing of the mind as they have their “...powers of discernment trained by constant practice to distinguish good from evil.”

6 thoughts on “When Leaders Fall”