How Do We Relate to Others in Music? 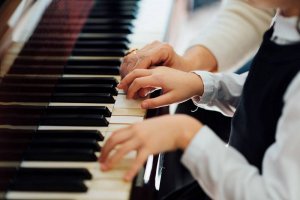 As I draw my music series to a close (for now), I’d like to focus on how we should relate to each other in our music. It’s important to develop in our individual understanding, but it’s perhaps equally crucial to know how to apply this in our interaction with others. When does “standing for the truth” turn into something proud and unhelpful? Should we aim to come to a place of agreement on music as churches? If so, how? How will we keep peace with those that disagree with us? And how do we interact musically with those outside the church, particularly those from other cultures?

So perhaps you’re with me in my love for the classical tradition and concerns about CCM. The first thing that must be established is that we aren’t going to gain anything just by proving that we’re right. Some people seem to think there’s a moral high ground gained by denouncing music that other people listen to. Don’t you know that your music feeds your fleshly appetites? People only listen to that music because they want to feed their flesh. Of course this is simplistic and exaggerated, and smacks of a certain smug “told you so” attitude. This is a guaranteed turn-off—please don’t try it. But in general, it’s too easy for those with more musical convictions to approach the subject by spending more time attacking bad than promoting good. It’s the strategy of sending most music up in flames so we’ll be forced to take whatever is left. Of course that’s a pathetic marketing strategy. No one is going to hear someone tear into CCM and go away thinking, “Man, so I guess I’ll just listen to hymns now. Hurray!” If you want someone to change their listening habits, you’ll need to get them excited about something else. I’ve had to learn some of these lessons the hard way and hope you can avoid making the same mistakes.

To those of you that are skeptical of the arguments I’ve made in this series, I’d love to see the discussion continue. As I wrote the series, it forced me to articulate my thoughts in a way I hadn’t before, which in turn changed some of the conclusions I reached. Receiving criticism from friends with different viewpoints has helped me a lot. I don’t have anything to gain by taking down a style of music you might like. If the concerns I’ve laid out in these articles aren’t valid, then I rest my case. It would make my life easier to conclude that I just personally don’t like CCM and that’s all there is to it. I don’t want to stir up trouble. But I still have concerns and want to do my part in expressing them. I’d simply ask that you consider what I’ve said and think seriously about how your music is affecting you. Even if you think it isn’t hurting you, could it be better? And again, I’d love to hear feedback from any of you, even if it’s to tell me you think I’m dead wrong. Seriously.

How much energy should we extend trying to come to a similar place on music in the church? On the one hand, it should be clear that agreement on musical matters isn’t necessary for brothers and sisters to fellowship together. Music isn’t something to split the church over—or at least it shouldn’t be. But fights over music don’t emerge because well-intentioned people have differing views. They happen when egos and personal feelings get involved. This happens easily in music, since most people are emotionally attached to their music. Whenever the music discussion gets personal and egotistical, we should end it in a hurry. This is a distant second-best solution, though. If we can all admit we’re still learning—which should be easy to do, since music is so complex—then perhaps the conversation can become productive. If music does profoundly influence us, then why wouldn’t we want to learn together how to use it most responsibly?

Most practically, how do we go about this? If we want to raise the bar of excellence in our churches, it will be most effective to start young. Young people simply learn more quickly—especially in music. If parents expose their children to good music and training, it can make a huge difference. In fact, I’m a beneficiary of this. Neither of my parents were particularly musical. But after a diet of rock music in college, they wanted something different for their children, so they chose to restrict our listening to classical and sacred music. And then they paid for my piano lessons. They didn’t know I’d end up being a professional musician. But just a few small decisions paved the way for my future.

I wonder what would have happened if my parents hadn’t helped me discover my musical talents. I also wonder how many others have potential that has never been discovered. Of course it’s only a small percentage that will have the interest to develop a career out of music. But the standard for the average child could be raised significantly. Is it realistic for virtually all children to be taught to read music? I think so. If music would be treated as an essential part of a well-rounded education, it would shake up our music significantly. Everyone can be trained to be musical. Imagine dropping science from our education system because “I don’t think my kid wants to be a scientist.” Ridiculous, right? But if anything, learning music has more practical benefits than a lot of the subjects covered in typical schooling.¹

How would it strengthen the church to have everyone musically educated? Most directly, the quality of music sung in the church would improve exponentially. Of course musical training isn’t a prerequisite for joyfully praising the Lord. But wouldn’t it bring Him glory to develop our talents? I can see no good reason to deliberately limit ourselves when we could be growing. Expanded abilities will enrich our musical interaction together and also give us more opportunities to share with others—including outside the church. Again, I’m not denying that God can use unskilled people making a “joyful noise”—our Christian euphemism for music that sounds pretty bad—to bless others. But would anyone actually choose to make lousy music when they could improve with a little work? That just seems crazy. And perhaps more is within reach than we might think.

There’s still one objection that I’m sure is on some of your minds. So let’s imagine that we do manage to increase the quality of the music in our churches. Our Sunday morning services are filled with rich, vibrant harmony. Better yet, the congregation was just introduced to a new hymn and the sight reading ability is so strong that everyone was singing in full volume on the first verse.² Fantastic, right? But what about everyone who isn’t in the church? Aren’t we running the risk of being out of touch with our surrounding culture?

This is a tricky question, particularly so because it is tied to intricate questions that encompass a lot more than music. There’s endless debate over how much the church should adapt to surrounding culture to win the world. Without delving into that debate too much, there’s a few things we should consider. First, increased musical education gives us a larger bandwidth. It doesn’t restrict us. It’s entirely possible to be trained to play advanced music under high pressure while still heartily joining in in less skilled settings.³ Even if the core of a congregation can sight-read complicated music, it might be advisable to use music at church functions that is more accessible, especially if your church has extensive contact with different cultures in the surrounding community. It’s a balancing act, as you want to promote quality while ensuring everyone can participate. I don’t accept the notion that the church needs to match the styles of surrounding culture to be effective. If music had no values of its own, this would make sense, but if there is legitimacy to the value claims I’ve made, then we have more to consider than simply what people are used to or prefer. Besides, those wanting to sing less hymns and more CCM are often people raised in the church. To be blunt, these are often the people who find quality music distasteful, more than people outside the church. If you want to win the boy in the street by playing him Christian rap, he’s still going to listen to Eminem if he wants good rap. Let’s not kid ourselves. It would be much better to help others expand taste than to give them crummy versions of the music they already enjoy.

Whether in the church or out, I think education is crucial. And this must be done lovingly, taking into account the needs and limitations of those we are working with. God forbid that any of us take on a holier-than-thou attitude in the process. There is never an excuse for being unloving—even if it’s in defense of good principles. But I’d still love to see more of the church learn to grow musically. It’s been rewarding for me to not only experience music in my own life, but also to watch others develop. Let’s raise the bar one measure at a time.

¹ I’m not suggesting that these other subjects aren’t important! I’m a great fan of education in general. I just don’t think it makes sense to prioritize music at the bottom of the pile, which happens too often.

² I don’t mean for this to be a crazy hypothetical. If everyone at your church was on board with this as a goal and prepared to provide an education for their children, this would be the guaranteed result within a couple generations.

³ If it’s hard, it’s for attitude reasons, not musical ones.

2 thoughts on “How Do We Relate to Others in Music?”