So Now What? Addressing Practical Question from My Music Posts 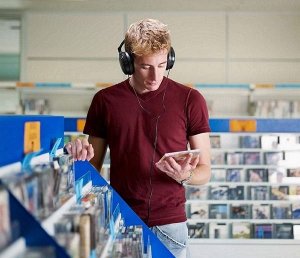 In my last post in my ongoing music series, I made the case for the classical tradition. I also argued that the persistent syncopation common in most modern genres is detrimental to our mental and emotional wellbeing. Those are two significant, rather controversial claims to make and they are sure to raise a host of questions. So I’d like to dedicate this post to giving my thoughts on some of the questions I hear asked most frequently.

Is it just heavy syncopation that we should avoid?

By avoiding music with heavy syncopation, we steer clear of most negative music, I think. I’m not sure that syncopation is the most dangerous element in modern styles, though. The singing style employed by many contemporary artists is also deeply problematic: breathy, sleazy, and sensual. When you combine a crooning voice which violates your personal space with the driving rhythm and repetitious chord patterns of modern music, you get something very catchy and appealing. But is it appealing to the better parts of our nature? Secular musicians freely admit that rock music is designed to arouse sexual passion. As Alan Bloom says, “Rock music has one appeal only, a barbaric appeal, to sexual desire—not love, not Eros, but sexual desire undeveloped and untutored.”¹

Is all CCM in Category Three?

In my last article, I laid out what I called “category three music,” which I defined as “music that has potential to negatively influence us.” If styles expressly used to convey sexual passion by secular artists—primarily through heavy syncopation and sensual singing—are copied by Christian artists, then yes, I think that would be classed as category three. I don’t find it reasonable to think that music created to ramp people up sexually loses its sex appeal when used with Christian words. Clearly any music that appeals to our baser instincts should be viewed as a negative influence. So maybe we’re just numb; I don’t think people listening to CCM are thinking sexual thoughts, of course. I suspect it still pushes our bodies in that direction, though, based on my understanding of how rock music and related genres function. When listening to music that’s intended to praise God, I want to be sure the performer is drawing my attention to God, not feeding my flesh.

This isn’t a complete answer, though, since it’s hard to draw a clear line; there are varying degrees of both syncopation and sensual singing styles. Where exactly does it start to become too much? What if we take a popular contemporary song and sing it with guitars but no drums?² Now certainly any harmful effects will be diminished. There are Mennonite choirs that take CCM hits and sing them a cappella, without any traces of a pop singing style—better yet. In most cases, we’ll be safely out of category three—we could quibble about whether we’re in category one or two at this point. There are songs that were CCM hits thirty years ago that have basically been inducted into standard church rep and most people forgot where they came from. At one point in my life, I would have objected to this. But some of these songs actually have good melody and lyrics; pointing out their origin seems a kind of witch hunt. Perhaps this needs to be taken on a case-by-case basis.³

One possible objection to lighter CCM is that it could create an appetite for heavier music. Some have found CCM a gateway into non-Christian forms of rock, for instance. Is this a legitimate danger? I think so. But I’ve seen people who’ve drawn their lines at a different place than I have and have maintained them. Personality and level of interest in music certainly plays a role here. So by all means use caution and be aware of your own tendencies.

“But Drew, are you saying I can’t worship when I’m listening to CCM?”

”I hear what you’re saying,” you might say, “but this doesn’t match my experience. I listen to a lot of CCM—including heavier stuff—and it helps me worship. In fact, there are several CCM songs that initially drew me to the Lord.” This is something I hear frequently. Do I think it’s possible that God could use a heavy CCM hit to draw someone? Most certainly! I have no reason to doubt these testimonies; God regularly uses imperfect people to win us to Himself. Nor do I want to suggest that anyone who is listening to CCM is engaging in a bad activity and can’t possibly be worshiping. Of course it’s not that simple. The last thing I want to do is cast doubt on anyone’s personal experience or testimony.

But let’s say that you’re listening to CCM today and find it a positive, rewarding experience. First of all, I’ll concede that there is something catchy about CCM that is certainly going to ramp up some emotions. I experience this myself when I listen to it. Instead of trying to critique your experience, I’d like you to ask yourself some questions about your listening.

Does your listening help you to think and feel more deeply, responsibly, and clearly? More specifically, does your listening make you more likely to want to work hard, study, or reflect meaningfully? Do you find yourself refreshed after listening, or worn out? Are the feelings your music evokes ones that cause you to love God more? Or are they just ramping you up with coincidentally Christian lyrics?

I’d love to hear from anyone who has personal experience that contradicts what I’m laying out. More specifically, I’d love to hear how you find your music influencing you as you listen. Often someone will object to my critique by saying, “Oh no, I don’t think that’s what my music is doing at all. You need to prove what you’re saying better than that. Plus, the same music doesn’t affect everyone the same way.” Some of that is a fair counter. But how does the music affect you? I’m not looking for a complicated music theory explanation; I want to hear how it affects you emotionally.

Why do we need to listen to the best music?

This invariably comes up any time I make a case for good music. “Sure, I understand that classical music is more creative and complex,” you might say. “But why does this mean we should all listen to it?” It’s a fair objection. Why not listen to music that’s more down-to-earth and accessible to the common man?

You can. There’s no obligation to develop a taste for high art music. Many people live fulfilled, godly lives without classical music. I’d be a fool to deny this. Few of my friends have more than a passing interest in classical music; they’re doing just fine. But all the same, there are undeniably rich rewards for all those that do choose to develop their taste. Of course your level of interest in music will influence how much time you want to invest. Some people have more of the “music bug” than others. For some, a collection of ten CDs from three different musical groups is more than enough to satisfy their infrequent listening habits. Others are more adventurous, collecting hundreds if not thousands of CDs. Generally speaking, the more musically inclined someone is, the more it makes sense to develop taste.

If most of your music is in the second category I mentioned in my last article—music that is less artistically compelling but not harmful—there is certainly no moral obligation to expand your taste. If you like rock or hip-hop, though, it will be much easier to wean yourself if you expose yourself to the best music. I find that much music in the middle category is less likely to provoke a strong emotional reaction. This isn’t a problem, but again, it’s likely to leave some bored. If you’re bored, make sure you explore category one (music that is supremely great and beautiful), not category three (music that has potential to negatively influence us). It might be more work, but it will pay off.

So as you read my articles, I’d love to motivate you to expand your musical taste. But I want you to be excited about this, not pressured because “Drew says my music is bad and I need to try something different.” You don’t “need to” do anything. But you certainly might want to.

If this is how you feel, that doesn’t surprise me. Classical music is an acquired taste. In fact, as so often happens, its strengths double as weaknesses. The genius of structure, melody, harmony, and instrumentation thrills trained musicians, but for a newcomer, it can seem daunting. But there are many rewards for those who are willing to explore. This is the strength of classical: the more you listen to it, the more it grows on you. It’s stimulating. It doesn’t provide the instant satisfaction of the latest pop hit, but because it has so many intricate layers and inventive ideas, it ages quite well. In fact, that’s really what classical music is: music that has survived the test of time. So don’t let your lack of initial attraction keep you away. It’s not always love at first sight.

Stay tuned for my last post in my series. This post will be dedicated to finding ways to work together as a church, avoiding conflict while pursuing excellence. I’ll also address how we should relate musically to surrounding culture, since this is a big question, especially for those involved in mission work.

² To clarify, I don’t have a problem with drums or other percussion as instruments. They’re simply the primary instruments used to achieve the heavy syncopation in most modern music.

³ I’m attempting to focus on music itself in this series, but lyric content certainly should play a role in our choices. Many CCM hits have incredibly shallow lyrics that are too superficial to be of any benefit to the church, regardless of musical concerns.

4 thoughts on “So Now What? Addressing Practical Question from My Music Posts”