4 Ways Tradition Can Be Dangerous 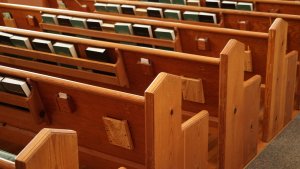 It would be nice if life were simple. There are so many paths we can take in life, so many conflicting ideas. Choosing to seek for truth doesn’t make the journey easy or self-evident. In a complicated world, it’s hard to know who we should trust. That’s why there is value in having communities where we have the same reference points and can freely share our ideas. It’s easier to give credibility to people who hold the same beliefs we do, especially when beliefs are unusual and outside of the norm. It’s healthy to operate within communities where more specific matters of practice are agreed upon—or is it?

We shortcut our own decision-making process by surrounding ourselves with people who have chosen to follow the same traditions. It removes the need for us to carefully scrutinize everything. Sure, we have some semblance of our own reasoning behind the choices we make. But in many cases, we simply adopt explanations from others as our own. Why? It makes life simpler and reduces endless mental headache.

No one is exempt from this. Those who make an effort to think more seriously for themselves do so quite deliberately and are forced to wrestle with a myriad of difficult questions. Even the most sincere are still preloaded with strong biases that color their perception of truth. Is it bad that we surround ourselves with a safety net of people we can trust? In our attempts to create safe communities, it is easy to insulate ourselves in ways that aren’t helpful, limiting our pool of resources as our ideas become predictable and stale. But as Christians, it is essential for us to have fellowship with those that encourage us in the faith. How do we balance this tension?

There are no easy answers to these questions. The only reasonable approach is to recognize that tradition is both valuable and dangerous. It’s not a matter of deciding whether or not there are things of value in our tradition. Instead, we should be asking ourselves if there are shortcuts we are taking that we shouldn’t be. What are the dangers of focusing too heavily on our traditional identity? In this post, I want to look at four ways of thinking that can turn otherwise useful tradition into something dangerous.

1. If someone holds to your church’s distinctives, their opinions are more credible

At the core of many doctrines we hold is the attempt to take the instructions found in the New Testament seriously and literally. Most of the Christian world doesn’t adhere to non-resistance, nor do they make specific applications for modesty or the head covering, for instance. By choosing to follow these commands, you might say, one proves their willingness to take the Bible more seriously.

That certainly could be the case. But especially in communities where particular beliefs are widespread, it’s also possible that not everyone holding them has carefully thought them through. (Let’s face it: this is a serious understatement.) There is nothing about matching the beliefs of those around you which indicates true, personal conviction. In fact, for many who have grown up in these communities, it would be inconvenient to abandon these beliefs—doing so would definitely raise eyebrows from most friends and family.

I’m not trying to suggest that these distinctives aren’t important or obsolete. But the process of coming to hold our values is crucially important. We can do many right things, but mindlessly and without understanding God’s heart. Merely checking the right boxes on doctrine is of little use. I’d argue that an intelligent, open reading of Scripture will lead us to some conclusions often associated with our communities. But this doesn’t mean that someone holding these distinctives has truly searched the Scriptures. It’s important not to confuse the two.

2. We should be wary of those that don’t hold our distinctives

We all know the American church at large is in sorry shape, having strayed far from a proper understanding of God and the Scriptures. Many who profess Christ do so without a changed life or without attempting to follow Scripture. As we read in Matthew 7:21, “Not every one that saith unto me, Lord, Lord, shall enter into the kingdom of heaven; but he that doeth the will of my Father which is in heaven.” We can’t be naive. We must be alert when relating with those who claim to be following Christ. But someone can be genuinely following Christ without holding certain distinctives; we can’t assume they’re behind spiritually.

Look, it’s all too easy to be obsessed with defending positions that are correct but not the main picture. That doesn’t mean we abandon them—assuming they’re correct. But there’s a real possibility that our communities correctly hold to certain positions while missing other, perhaps more important doctrines. If we’re improperly suspicious of anyone who doesn’t check all of the right boxes on our pet doctrine list, we run a great risk of our own churches and lives becoming stagnant, as no new ideas are allowed to enter.

The Bereans should be our model: they daily searched the Scriptures to see if the things they were hearing were true.¹ We would also do well to be cautious and process the things we read and hear with prayer, never allowing ourselves to swallow everything we hear. But as we do this, there are many sources that may not be correct in all aspects that still have much insight to offer. There are secular authors that have valuable things to say that can be helpful when applied to our lives. This is why it would be to our advantage to process ideas, instead of going the easy route of choosing people we agree with on all topics.

3. Doctrinal accuracy can be assessed on a neat scale

We all have beliefs that we hold dear, some of which are not appreciated everywhere. On the flip side, there are probably issues that others would rigidly defend that seem unnecessary or even silly to you. No matter what church setting you find yourself in, you’ll definitely be dealing with a mixture of both. It’s easy to start improperly emphasizing the things that define your specific stance—even if they are important to maintain. Some of this happens almost organically, especially in communities that have a large variety of denominations and churches. Often these churches have formed over small differences in doctrine or application.

There are many arbitrary judgements we can pass based on how closely someone matches our positions. Isn’t it easy to start assuming things about someone’s spirituality because of a petty disagreement? Especially in churches that have dealt with polarization and politicization, this is a real threat. Maybe you do have a superior position on an issue that’s causing disagreement. But if you’re human, the odds are high that perhaps you’re significantly behind in some other areas spiritually.

Let’s be sure we don’t pride ourselves in our conservatism, practical application, or doctrinal accuracy so that we fail to see the many areas in which we need to grow and learn from others.

4. Unity on church beliefs is a sign of strength

In Psalm 133, David reflects on how good and pleasant it is when brothers dwell in unity. Paul exhorts us to live peaceably with each other as much as it lies within us.² In every way, Christians should make it a matter of utmost priority to achieve this kind of harmony. But I wonder if at times we are mindlessly agreeing with each other without actually being united in vision in Christ. The problem isn’t aiming for unity, but rather how we define it. Even if our church members agree to abide by certain standards and practices, does this mean that our hearts are united with the same spiritual purpose? The end goal might be good, but there is a danger in taking shortcuts that achieve a kind of outward uniformity without proper understanding. At the end of the day, is there a strength in the church where everyone agrees on everything, but only as a way of ensuring that they steer clear of conflict?

To summarize, there are many valuable things that we gain from our traditions. But they need to be understood in their place. In many instances, it may be a matter of knowing how to prioritize our values. There are many good ideas and practices that we’d do well to maintain, but not at the expense of other, more important things. If we recognize only the strengths in our traditions, we are vulnerable to succumb to complacency that causes us to lose the very things we valued in the first place. May God help us to be thankful for our traditions and utilize them responsibly in a way that increases our effectiveness for Him.

2 thoughts on “4 Ways Tradition Can Be Dangerous”