A Fundamental Philosophy of Fun 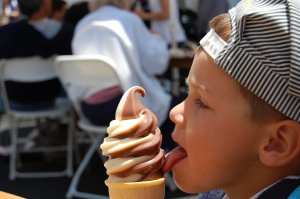 “ So, I know this isn’t the right question to ask, but… what is actually wrong with it?”

The question, which came from one of my eighth graders, was about an activity that another authority in his life had forbidden. I don’t remember exactly what the activity was or who had forbidden it, but he wanted to know the criteria for denying that particular form of fun. A simple, straightforward answer to that question would most likely have been that there was nothing inherently wrong or sinful about the activity. Why, then, was he told that he could not do it?

It is very likely that he will ask this question again when he grows older. When he asks the question as a youth, there will be even more at stake. Young people today are surrounded by a world of entertainment and pleasure. At this stage in life, they have more free time and money than ever before and are being given more free reign to make their own choices. A world full of fun in the form of sports, technology, social activities, hobbies, and much more lies before them, inviting them to come and indulge themselves. When they ask, “What is wrong with these things?” the answer usually seems to be, “Nothing.”

After all, the Bible doesn’t explicitly condemn extreme sports, spending thousands of dollars on a hobby, or many of the other diversions that might catch our fancy. And yet we know that James says, “The friendship of the world is enmity with God” (James 5:5 KJV). And so we must ask, how much is too much? How far is too far? How do we determine if the pleasures we allow ourselves are taking us in the wrong direction? Too often, individuals and even whole churches don’t understand how to draw a line that makes sense. Frank Boreham, who has become a favorite author of mine, eloquently describes the conundrum in his essay “Phoebe’s Perplexity.”¹

Laughter, merriment and fun, were quite evidently intended to occupy a large place in this world. Yet on no subject under the sun has the Church displayed more embarrassment and confusion. One might almost suppose that here we have discovered an important phase of human experience on which Christianity is criminally reticent; a terra incognita which no intrepid prophet had explored; a silent sea upon whose waters no ecclesiastical adventurer had ever burst; a dark and eerie country upon which no sun had ever shone. Dr. Jowett tells us of the devout old Scotsman who, on Saturday night, locked up the piano and unlocked the organ, reversing the process last thing on the Sabbath evening. The piano is the sinner; the organ the saint! Dr. Parker used to wax merry at the man who regarded bagatelle as a gift from heaven, whilst billiards he deemed to be a stepping-stone to perdition. The play we condemn; it is anathema, to us. The same play-or a vastly inferior one-screened on a film we delightedly admire. One Christian follows the round of gaiety with the maddest of the merry; another wears a hair shirt, and starves himself into a skeleton. One treats life as all a frolic; another as all a funeral. We swerve from the Scylla of aestheticism to the Charybdis of asceticism. We swing like a pendulum from the indulgence of the Epicurean to the severities of the Stoic, failing to recognize, with the author of Ecce Homo, that it is the glory of Christianity that, rejecting the absurdities of each, it combines the cardinal excellencies of both. We allow without knowing why we allow; we ban without knowing why we prohibit.

We compound for sins we are inclined to

By damning those we have no mind to.

We are at sea without chart or compass. Our theories of pleasure are in hopeless confusion. Is there no definite doctrine of amusement? Is there no philosophy of fun? There must be! And there is!

The essay that follows this introduction is a masterful piece of writing in which Boreham lays out three principles of pleasure that should govern all areas of our recreation. Ravi Zacharias borrows these principles in his message “The Problem of Pleasure.”² I draw from both men and would highly recommend either one of them for further reading or listening.

When Gideon was going to face the Midianites, he and his men paused to find some refreshment in a brook. The army was on campaign. Midianites were spread throughout the land. Caution and circumspection were of utmost importance for the survival of these men. God told Gideon to watch these men and how they chose to take their refreshment. Lulled by the sense of safety that came from being surrounded by their brothers-in-arms, many of these men abandoned their caution and bent down to place their faces in the water to drink. This put them in a position where they lost much of their situational awareness and their ability to react quickly in the event of a sudden attack. A smaller portion of the men restrained themselves and rather than prostrating themselves entirely, remained on their knees and dipped the water up to their faces in their cupped hands. These men remembered that they were at war and kept their focus on the dangers surrounding them. These were the men that God used to defeat the Midianites.

This introduces our first principle. Any pleasure that refreshes and encourages without diminishing or destroying progress toward the goal is a legitimate pleasure. We must only pause by the brooks to refresh ourselves so that we can continue our march with more vigor. It is easy for us to become confused and spend our time marching in search of a better brook. Too often, we spend our best efforts working to enrich and enable our pleasures instead of using our pleasures to enrich and enable our work. In addition, as we take our refreshment, we must not forget that we are marching in the territory of an enemy. We must keep the purpose of our march in sight. God chooses to use men and women who keep their focus set on His Kingdom and do not allow petty pleasures to pull them aside.

We can observe a second principle by considering the following story. As was often the case, King David was at war. The Philistines were in the land, and he was in a stronghold with his mighty men when his captains brought him word that the Philistines were encamped in Bethlehem. King David must have been weary of the struggles and difficulties of kingship. The information that the Philistines were occupying his boyhood home likely discouraged him and made him long for the simpler days of his boyhood when his days were spent protecting sheep in the countryside. In a fit of nostalgic longing, he said, “Oh that one would give me a drink of water of the well of Bethlehem which is by the gate!” Three of his mighty men, hearing this, undertook to do just that. They fought their way through the Philistine camp to the well, obtained the water, and brought it back to their king in triumph. David refused it. His men had risked their lives for this water. He could not use something that had come at the risk of his men’s lives just to fulfill a fancy. So David took the water and poured it out on the ground unto the Lord.

Any pleasure bought at the risk of the sacred rights of another is an illegitimate pleasure. Any pleasure that unduly puts human life at risk violates this principle, as does anything that puts us or those around us into unnecessary temptation. Many times we take our pleasures at a whim. The thought strikes us to try something and so we go for it. Many people, youth especially, have taken foolhardy risks because they acted on impulse and did not pause to consider the potential consequences of what they were doing.

In addition to the drastic consequences our choices may have, we must also consider the subtle, creeping changes our entertainment decision will bring to those around us. Will my choices in pleasures cause the people who are following my example to be placed in a situation of temptation that they will be unable to handle? Although each person is responsible for his own choices, Jesus’ words about the person who offends “one of these little ones” should give us severe pause as we think of the example we are leaving behind.

The final principle comes in one of Solomon’s proverbs. “Hast thou found honey? Eat so much as is sufficient for thee, lest thou be filled therewith and vomit it” (Proverbs 25:16). There are two tests here. First, be sure that what is before you is indeed honey: pure, natural, and wholesome. Many of the “sweets” available to us today come with a generous portion of poison. Second, even a wholesome pleasure will cause indigestion if overindulged in. No matter how fine a pleasure is, if it is taken without restraint, it will cause problems. Discretion and moderation is needed in every pleasure in which we indulge

In conclusion, I want to make this practical for your own life. Rather than thinking of all the ways the people around you are overindulging in pleasure, apply it to your own pleasures. Think of the top two or three things that you do for fun or recreation—the things that you most look forward to. With each one ask these three questions:

1. Does this in any way diminish or detract from my goal in life?

2. Does this in any way threaten the sacred rights of another person?

3. Am I overindulging myself so that I no longer have an appetite for healthier activities?

If the pleasure you take fails any one of these tests, I would challenge you to scale back on that form of pleasure, or, more likely, refrain from it altogether.

3 thoughts on “A Fundamental Philosophy of Fun”