We’re Not The Only Ones 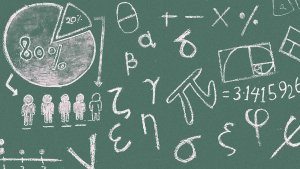 “I don’t think we’re the only ones. I feel like that’s proud! There are a lot of Christians out there who believe differently about stuff, and they love God too!”

This is one of those fad-sayings that gets on my nerves. It crops up in discussions on anything from church membership to divorce. And it’s so emotionally laden: it seems to suggest that if you think you are right, you’re a pugnacious, arrogant person.

For example, someone expresses concern that their church is becoming too fashion-centered. “We need to keep our separation from the world,” they say.

But others have a quick response for this: “I don’t like how we’re always telling people how they should dress. We’re not the only way. Why not just let people follow God the way that he leads them? There are a lot of good Christians who disagree with us.”

It’s another variation of what I am going to call the ‘not-the-only-ones’ argument. Here’s the basic thought behind the argument, in my understanding: if there are great Christian people who disagree with us, then who are we to say that we are right and they are wrong?

First of all, what is actually being argued by using these words? Let’s take it apart.

Do people in our churches actually believe that we are the only Christians, and that those who don’t practice the veiling and separation from the world the way we do, aren’t saved? There may be some. I’ve never met any. So, the first statement isn’t even worth saying. Of course, we’re not the only true Christians. That’s irrelevant to the main point: are we right about our practice of the Bible or are we wrong? Remember, one can be wrong about a whole lot of things and still be a Christian.

Now, is it proud to think that your belief is the only one that is right? Let’s hope not. Believing that there is, in fact, objective reality out there to be discovered, is the basis of science, mathematics, and reason.

Of course, you may be wrong about your beliefs, which is a good reason to keep thinking and keep testing what you believe in the light of reality, but that shouldn’t keep rational people from thinking and making belief choices. And it doesn’t mean that you’re proud if you come up with an answer that you think is right. Of course, you could be proud, but that’s irrelevant to the question of whether or not you are right.

The ‘not-the-only-ones’ argument comes up often when someone preaches on one of those topics – you know – the controversial ones, like wedding rings or modesty. People bristle at pastors trying to give direction on these topics, and one of the top objections is that one: “Don’t tell us we have to do things that are controversial. Just focus on the gospel.”

But what if we are indeed correct in our understanding of passages and doctrines that the wider evangelical world ignores, wrongly understands, or misses? I think that if we are right, then – however controversial it may be – it’s relevant to talk about, and it’s worth believing.

So next time someone uses ‘not-the-only-ones’ on you, don’t get distracted. Focus on the important thing: “are we right or are we wrong on this issue?”

Don’t be proud; do be right.

Have you ever come across this reasoning before? Any thoughts on it? Post them below in the comments section!

4 thoughts on “We’re Not The Only Ones”