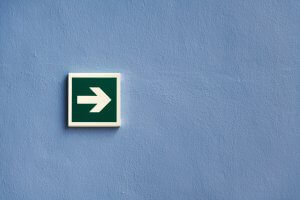 The first day saying “My pleasure!”

The first day I walked into my new job at Chick-fil-A in Queens, New York, I realized just how out-of-place I felt. Even though I had grown up in Elmhurst, Queens, nothing could prepare me for working in a tiny, sometimes-crowded-on-Saturday-shift-changes, fast-food restaurant. I worked side by side with peers who had recently immigrated to the US, twenty-somethings born and raised in the hood of New York City, and people who identified as LGBTQ. Little Mennonite me who thought she knew what she was doing felt the abrupt change of transition with my new job.

Nothing can quite prepare for the first day of a new job, or the first day of school as a new teacher or student, or the first step in a foreign country, or—you fill in the blank. No matter what age or in what location you are, you will encounter transition and change throughout life. And every time we move into a new position or location, we find ourselves wrestling with questions and feelings about home, identity, friendships, and belonging. These questions will inevitably result from the transitions of life.

More than a zip code change

My wise mother reminded me of the difference between change and transition: “Change is the actual event of what’s happening.” This is experienced in multiple ways throughout our lifetimes: welcoming a new baby, sending your oldest off to the first day of kindergarten, accepting a position of leadership in your church, waving goodbye to family as you move to a different country, or clocking in on the first day of work.

However, transition is the internal processing that happens alongside the physical change. Often,  we belittle ourselves for not adjusting to change quickly enough. “It was just a promotion in my same office; I should have adjusted to the stress by now.” “I’ve prepared to move to this country for the last three years; why don’t I feel at home yet?” What we fail to remember is that while change can happen quickly—a day, a month, okay, maybe a year at the most–our internal processing of said change is slower and more subtle. Working through transition includes acknowledging we are in a “neutral zone,” that space between saying goodbye to the old and feeling settled in the new.

Not much changes between 12 and 21

When I was nine, my family moved from the tropical island of Grenada to the rolling hills of Virginia.  As I tried to adjust to American life, I hid my insecurities about my friend group behind humor and sarcasm. Even though I was included and invited by the girls in our new community, the lack of familiarity created the ideal environment for insecurities to flourish.

When I was twelve, my family moved from those rolling hills to the diverse city blocks of Queens. The insecurities followed. However, I outgrew the teen years and formed authentic connections, eventually thinking that maturity and experience had convinced my foolish preteen insecurities to flee. And then I moved away from home and my family in the beautiful city blocks of New York City to the picturesque farmland of southern Lancaster County. It was then, only about a year ago, that I realized that those same insecurities and fears had come along with me in my transition. Experiencing distinct physical transition (like a community move or maybe a church switch) creates opportunities for fear, insecurities, and anxieties to return after years. One aspect of handling transition with grace is becoming self-aware of what you’re thinking, feeling, and reacting to, and then handling those emotions and thoughts.

While we acknowledge the difficulties of tangible change (career, church, community, and country), we might struggle to acknowledge the challenges of mental transitions. Examples of mental transitions include changes in relationships, whether they be familial, romantic, or otherwise.  Switching responsibilities at your workplace might not bring much physical change, but the stress load and the shift in focus can be significant. Adding a new class to your teaching schedule might not change the day-to-day work much, but you now have an entirely new area to think about and plan for. What’s a shift in focus that you’ve experienced? How have you handled that mental transition?

Venturing out on my own and waving goodbye to loved ones, I cheerfully moved to Pennsylvania about a year ago and set off on a grand adventure to educate high schoolers about the rules of grammar and the joys of literature. And then I realized that memorizing commas rules isn’t always fun and “what in the world were these people thinking when they wrote this story?” And, like many of you have experienced, the glamor of the new adventure wore off after one too many twelve-hour teaching days and another boring weekend.

It was hard. Impatient me wanted to adjust quickly and figure out this whole adulting thing. At first, I didn’t want to admit that it was hard. But it was. Even now, over a year after I first moved, I think that I should be adjusted well enough for the fields around me to feel like home. Sometimes they are, but not always.  And that’s okay.

Gina Brenna Butz, a Christian who’s spent most of her life in full-time ministry, reflected on “messy transitions in her book Making Peace with Change. Her first chapter, “Navigating the Hard,” encourages readers to acknowledge how difficult transitions can be. She says that sometimes when we say it’s hard, we think that we’re “making a big deal about ordinary things that people have to go through all the time. We’re adults. We should just deal with it… Maybe. Or maybe calling it hard allows us to gather parts of our hearts we otherwise would leave behind, and to bring them before God” (Butz 15, emphasis mine). Acknowledging the hard of transition gives us an opportunity to rely on His daily sufficiency and grace.

“The wise man built his house upon the rock”

No matter what stage of life we find ourselves in, we must remember just that—it’s a stage, a season, and it will sooner or later transition into something else. If we want to handle “life’s messy transitions with honesty and grace” (Butz), we must first allow time for questions and confusion. Transition means we’re sorting through a middle zone of what we’re leaving and where we’re going. Taking time for self-reflection allows us to evaluate our reactions and what they mean, and thus, how to understand ourselves better. And when we realize how hard it is, we run to the only One who is able to hold that hurt and bear that hard for us. Through all types and levels of transition, we must hold to the unchanging truth of God and His Word, that which we know to be true. To paraphrase Isaiah 40:8, transition and change come and go like the tide, but the truth of Scripture will remain immutable.