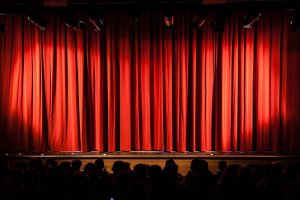 Weddings are beautiful; something about them moves us. But if you think about it, they’re also a bit strange. Think about it: a man and a woman decide to start a life together, but to do so the woman has to wear a brand-new solid white dress (which she won’t ever wear again), the man dons a special outfit, they have some special friends stand with them, and then they invite all of their family and friends to come watch the woman walk from the back of a room to the front of the room clothed in her white costume. For some reason she is supposed to be walked down with her father, while the man inexplicably goes to the front first and stands there waiting for her instead of accompanying her himself. Then people (also dressed up) give speeches and sing songs, and then the couple hold hands and recite poetic-sounding promises to each other. After this, they both walk out together (the woman’s father is no longer relevant, it seems). Then all the guests gather in another room and eat a nice meal with pretty decorations, while the man and woman (with their closest friends) sit at a special table. The whole thing almost seems like a play of sorts.

Human weddings and marriages are a play, one which is meant to act out the great drama of divine love. Whether married or single ourselves, this is a play we need to pay attention to.

Genesis 2 introduces the drama, with the first recorded human words being a love poem: “This at last is bone of my bones / and flesh of my flesh; / she shall be called Woman, / because she was taken out of Man” (Gen 2:23). The author then adds, “Therefore a man shall leave his father and his mother and hold fast to his wife, and they shall become one flesh” (Gen 2:24).

A couple thousand years later, as Paul is exhorting his readers on husband and wife relationships, he quotes Genesis 2:24. But then he adds, “This mystery is profound, and I am saying that it refers to the Messiah and his people” (Eph 5:32). The beginning of the Bible starts a story about marriage, which the end of the Bible says was actually quite mysteriously more profound than it seemed.

Throughout the big story of the Bible, marriage continues to play a deep, beautiful, multi-layered role. Marriage is to be celebrated, enjoyed, taken deathly seriously, and felt deeply; but it’s also apparent that it is to be so because it is one of the deepest ways we can understand and feel a relationship far deeper.

The book of Song of Songs, for example, is a long, unashamedly erotic love poem about the marriage between the idealized king of Israel and his beloved. It doesn’t seem to be about God at all, and yet it’s in the Bible. Why? It’s to show us that before we understand whatever it is that the faithful love, the absolute commitment, and the sexual delights of marriage may represent, we first need to stop and hear and see and feel the beauty of what we witness at weddings. Why do people get emotional at weddings? Why is the “mating” of a man and a woman an occasion for such joy and also the potential for such heartbreak? Why is it all so moving? Because it is true, deeply true, reflecting a relationship to which this is only a nightlight.

We get hints of this in some of the Bible’s darker stories and poems, where marital unfaithfulness is evoked as God expresses anger and lament over the waywardness of his people. Yahweh is Israel’s husband, we read, who rescued them out of slavery, took them to be his one special people, and promised them his love, guidance, presence, and blessing in a prosperous land he gave them. But time and time again, they shamelessly cheated on him by going after other gods and not loving and being true to him. Because of this, the marriage was broken, and Israel was exiled to foreign lands, abandoned to the gods they had so foolishly chased after.

But in this broken marriage of Yahweh and his people, we discover notes of astonishing hope. In one book of the Bible, Hosea, God tells the prophet bearing that name to marry a woman who’d most certainly prove unfaithful to him. Hosea does so, and the results are unsurprising: Gomer leaves him for other men. But then God tells Hosea to take back Gomer to be his wife, even though he’d gone through the heartbreak and trauma of rejection and unfaithfulness. Because, God says, this whole thing is a play to make the people of Israel see and feel that though they’d been unfaithful to their husband, yet he would take them back. Couldn’t God have just said that, without the live theater making one poor man’s life a roller coaster? But no, that’s what marriage is. It’s a real-life play that is the only way we, by watching it in ourselves or others, can see and feel and know the seriousness of our rebellion against God, the astounding wonder of what he wants his relationship with his people to be, and the lengths he is willing to go to get there despite his people’s unfaithfulness.

And this brings us back to the words of Paul in Ephesians 5. There Paul writes that the mysterious meaningfulness of marriage has finally been brought to fulfillment in the Messiah, Jesus, dying for his people to make them his bride. In and through Jesus God has gone to greater lengths than anyone had dreamed he would. “All we like sheep”—and like unfaithful spouses—“have gone astray… and Yahweh has laid on him the iniquity of us all.” Jesus, the groom, took upon himself the consequences and the judgment of his own people’s cheating on him. How could that be. And why? Not so they could go free, but so that “he could present to himself” his people as a bride as beautiful as the one at my own wedding. The great difference between my wedding and the wedding of the Messiah and his people is that I found a beautiful, wonderful woman and didn’t have to sacrifice to marry her; but Jesus saw all of us while we were unfaithful, proud, stubborn, deeply flawed, selfish people and “while we were sinners,” he sacrificed his life to make us his own. And there is a day coming when creation will be renewed, and the human marriage we celebrate at weddings will be eclipsed by the consummation of his with us.

There is a Hebrew word that ties all of this together, and that is the word hesed. Hesed means something like “faithful loyalty” or “faithful loyal love.” It often refers to covenant commitment where a party swears to be true to another party, to be there for them, to rescue them, love them, care for them, and uphold obligations to them. Hesed is what Boaz showed Ruth when she came to take refuge under his protection and he redeemed her; it is what God promised to David’s line when he made a covenant that his would be an unending dynasty—and which would someday bring about the Messiah. Hesed is what marriage is all about. A man and woman vow to show faithful loyal love to each other, no matter what, until death. In and through Jesus, God has shown his hesed to all of those who take refuge under the Messiah, as Jesus gave his life to redeem us. “He who did not spare his own Son but gave him up for us all, how will he not also with him graciously give us all things?” (Rom 8:32). And he doesn’t give his life for us and promise to be with us as a philanthropist or a duty-bound relative; he does it with the joy a groom on his wedding day as he takes his bride’s hands into his.

And he calls us to receive him, trust him, submit to him, and love him not as law-keepers or duty-bound children, but with the joy of a bride on her wedding day as she places her hands into the groom’s. That is what it means to be a Christian. That is what we are all called to.

Yahweh’s hesed is forever; and someday those of us who are his people, his bride, will walk in to the most joyous, glorious, exquisitely beautiful wedding that the greatest human weddings can barely reflect. And then in the words of Karl Barth, “Yahweh and his people will be together and will be one flesh.” The mystery will be fulfilled, and of that honeymoon there will be no end.

I gave a version of these remarks at my own wedding last August; you can watch the video here (the bride is gorgeous!).