Here’s Why I’m Not on Social Media 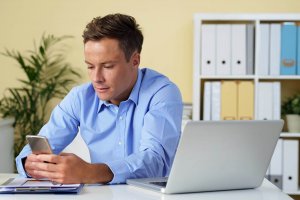 I was twenty when I decided to make my debut. No, I wasn’t cool enough to be on Facebook, much less Instagram. Back then, it was Google+, the preferred platform for most of my friends. I started cautiously adding friends, waiting until they added me back to add more. I wanted to make sure I had as many followers as people I was following. Then I got the courage to make my first post. It was a little inspirational quote I made up. I remember that rush of dopamine when the first “likes” (or +1s, as they were called on G+) started coming in. It felt like I had accomplished something. I started to think about ways I could get more friends and things I could come up with that would make an interesting post. I thought about it a lot.

There wasn’t anything wrong with the content I was posting. Much of it was mini write-ups about specific areas of the Christian life—a kind of precursor to my Think Truth writing, really. Occasionally there would be the collection of photos from a recent trip. I didn’t post anything silly or superficial, at least that I can remember. Most of my friends likewise kept their content to things that were interesting and serious. It was social media as responsible as it comes. There was even a music community I started that featured some lively, in-depth discussions.

Those were the days. I can’t hide my nostalgia. I was sad to see activity on Google+ slowly fade out, eventually dying completely when Google terminated the platform. At a time of particular personal crisis, I thought about joining Instagram. A lot of my friends seemed to be moving there—Google+ had become totally uncool—and I didn’t want to miss out on the action. Plus, my life was lonely, and I was bored. So I started an account and slowly built up a friend list. But what was I going to post? I’m not a photographer or an artist. I’m a writer and Instagram is heavily visual. I scratched my head, trying to come up with some cool idea that could make a good post. Suddenly, I was stopped in my tracks. Hey Drew, what are you trying to do? Why are you so desperate to come up with something to post? If I was honest, it was because I wanted affirmation and public recognition. I wasn’t motivated by having something to share. So I deactivated my account.

That was around three years ago. There were a few times I was tempted to try Instagram again, but nothing ever came of it. So I’ve found a way to cope with life without social media for a few years now (unless the occasional WhatsApp status counts). I seem to have survived, somehow. I still think about it a lot, though. The years I was active on Google+ certainly changed me; understanding their true significance is complicated. I also notice how social media is influencing other young people around me, so I think about that too, naturally.

Here’s the thing. Social media offers big promises of connection. You can see what your friends are doing, share highlights from your own life, and stay in touch with hundreds of friends, many of whom you wouldn’t have time to keep up with if you had to meet in person. For me, it seemed like an enlarged world. Suddenly, there were dozens of people I hardly knew who were keeping up with my posts. I remember this cool, confident dude who I had never met before walking up to me at a large meeting. “Hey! You’re the guy that writes all that stuff on Google+! Great to meet you!” It was probably only a big deal to me because I was young and dumb. But it was thrilling, all the same. Sometimes it was a tad awkward. Hey, that’s the girl that +1s all my stuff. Am I supposed to act like I know her? It’s hilarious now. But at the time, it was all too real.

Connections happen, certainly. But how real are they? How much do you really understand about another person’s life after seeing the carefully-selected content they post? When you see that 50 friends have liked your post, what does that really mean? Did they find it genuinely inspirational? Will they remember it a week from now? Or was it just an impulsive thumb, hitting the “like” button before scrolling down the feed to do the same thing for another ten posts? You can never know—although it’s safe to assume it’s mostly the latter. As gratifying as the initial attention is, it wears off for a reason. Worse yet, there’s the worry that kicks in when a post underperforms. Did I say something wrong? Are people losing interest in what I have to say? What can I write next time that will be more impressive?

All you need to do is see a friend in person, meet eyes, exchange just a few words, and you’ve experienced something more meaningful than a thousand likes. It’s just the truth. God has created us with an inbuilt desire for human fellowship. So much of this connection happens outside of the words we say, through tone of voice and body language. These are the wonderful, often mysterious moments that we treasure most. We don’t fully understand them, yet we know they’re real.

This is the kind of connection that can’t happen on social media. I can imagine what you might be thinking, though. “Sure, the most meaningful connections aren’t going to happen on social media. But why does that mean it’s bad? Can’t we enjoy the benefits and just make sure we maintain meaningful relationships offline?” It sounds like a reasonable solution and perhaps it is. I have friends I respect who have taken that route and have managed to keep their heads above water. It works for some people. All the same, there’s a big difference between the theoretical idea of balancing social media consumption and actually doing it. I remember telling myself that there was nothing inherent in having a Google+ account that should make me obsessed with checking it all the time. Fair enough, but in real life it just didn’t work like that for me. It really was an obsession. Even when I wasn’t online, it would feature prominently in my thoughts. It was there in the background, eating away at my creative powers. That’s something I don’t miss.

Since I’ve been off social media, I’ve made a point to develop more active relationships. Without the distraction of what was happening online, I needed more fellowship. So I started regularly going out for coffee with my friends, strengthening existing relationships and building some new ones. Soon, my friends didn’t know me as “the guy that writes all that stuff on Google+.” Now I’m the guy that loves building relationships over a cup of coffee. I’m okay with that. I’m a lot happier, too.