A Call to Technophiles 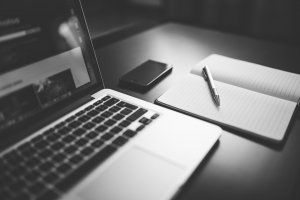 Socrates, considered to be the first moral philosopher and the founder of Western philosophy, lived at a time when the alphabet was first being introduced to Greece. He famously declined to write anything down, so all of the teaching we have from him is lectures or debates that were recorded by his student Plato. In Phaedrus, a dialogue between Socrates and a character named Phaedrus, he speaks about writing. Writing, in his opinion, is harmful. It causes forgetfulness, since a person no longer needs to remember, and it provides only incomplete understanding since it cannot be questioned. Much better, he says, is “a discourse that is written down, with knowledge, in the soul of the listener; it can defend itself, and it knows for whom it should speak and for whom it should remain silent.”

There were fewer notable opponents to the printing press when it came out, but take a look at the results. This explosion of books put knowledge in the hands of everyday people, and while this drove an age of scientific discovery and brought much needed reform to a dead church, it also set half of Europe against the other in the wars of religion that tore Europe apart for over a century. It allowed the growth of fanatical cult groups like the Münsterites and encouraged mass uprisings like the German Peasants Revolt in 1525.

Both the alphabet and the printing press revolutionized the way we record, store, and distribute information. Both of them shook the very foundations of society and changed the way people think. Today we face a very similar revolution in the digital age. The instant availability of information and constant connection to a much larger world is a forward step in progress that brings many benefits to our lives but also brings a vast array of dangers. While some rush to enjoy the blessings that science and technology have brought us, others try to cling to the past in a fearful attempt to avoid being swept away by the present. There must be a balance between the two. Remember, “God has not given us a spirit of fear; but of power, and of love, and of a sound mind” (2 Tim. 1:7). We must not react in a fear-driven attempt to deny the inroads this technology has already made into our lives. We must instead rely on the power of God to lead us to a measured response that that uses these changes to enrich our lives and encourages us to listen to the subtle calls of the Spirit, even in a world full of distraction.

There are three basic facts about today’s digital technology that I think we can all agree on. The first is that it is here to stay. There are those that have chosen to reject technological changes in order to avoid the dangers and changes they bring. This can be a valid response, although it does bring its own set of problems. If you are reading this article, however, you have chosen to accept at least some form of the internet, and are allowing it to affect your life. Internet and computers have revolutionized the way we work, travel, communicate, and amuse ourselves. A change on that scale is not a fad that will simply fade away. Like the alphabet and the printing press, it will provide a basis for how we conduct our everyday lives from here on out. We cannot simply ignore the change and hope it doesn’t do too much damage. We must face it head on and deal with the dangers it brings if we are to weather these changes.

Secondly, digital technology is a new and constantly changing phenomenon. Most of it is younger than the current generation of youth or is changing so rapidly that the older generations do not fully understand it. This means that most young people know more about how to use this technology in their everyday lives than their parents do. This is true even though they usually do not have the wisdom and self-control that their parents have.

If we as youth are going to survive the turbulence these changes are bringing, we must recognize these facts. We cannot simply accept every new convenience that is technically allowed by our church or parents. We must take personal responsibility to ensure that our technology choices are building us up and not tearing us down.

The final fact is that this technology is fraught with dangers. To fully explore all the aspects of the many dangers that are presented would take more space than we have, but here are a few. Smartphones and social media, for one, can encourage us to place less effort on the deeper connections we can make with the people who we are actually with in exchange for the more shallow connection that we can control through the interface of our technology.  Another danger is the ability to constantly entertain ourselves. Instead of spending our spare moments on profitable pursuits, such as building relationships, reaching out to the people around us, or even simply spending some time with our own thoughts, we can easily turn to our smartphones to fill the void. Constant technology use can also create smartphone and entertainment addictions. Constant feeding from the sources this world has to offer can lead to a normalization of sin and an indifference to the wickedness of this world, to say nothing of the very real temptations presented through easy access to pornography or the other filth so prevalent on the internet. Possibly the greatest danger is that, in turning to our phones to distract us from moments of difficulty or boredom, we no longer hear the Holy Spirit speaking into our lives and rely on our phones to get us through the day instead of relying on Christ.

In summary, we have drawn three conclusions about digital technology. First, we must face the question of how we will relate it because it is here to stay. Second, it is a battle that must be fought at a personal level, because the landscape is changing too quickly for external rules or guidelines to keep up. And finally, the costs of not fighting the battle are serious because the dangers are many and real. So the next step lies with you. Every day you make choices that shape how technology will change your life. It is up to you and no one else to decide whether this change will draw you closer to the Spirit and enable greater service for the Kingdom or if it will be a weight that will drag you down and cause you to fall by the wayside before you reach the Goal.

3 thoughts on “A Call to Technophiles”