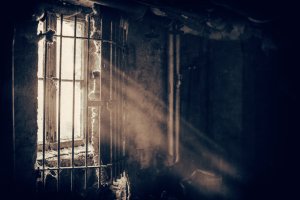 The Bible does not pretend that the Christian life is easy. It does not suggest that the disciples of Jesus will be well-liked. Rather, it assures the opposite.

You will be hated by all for My name’s sake.

However, for most of American history, this has not been the case. Except for brief periods where conscientious objection to war made the dedicated followers of Jesus unpopular, Christians have generally been well-liked. As we study Scripture and church history, we realize that someday the times will change, and Christians will again be hated by the surrounding culture. Speculation about potential sources of persecution is only natural. During the Cold War, the spectre of atheistic communism haunted the collective imagination, but with the fall of the Soviet Union in 1991, such concerns slowly faded. The United States’ status as the sole remaining superpower has made persecution as a result of foreign conquest unlikely. Radical Islam, while a major source of persecution globally, does not present a credible threat in America. The secular American way of life is fundamentally incompatible with radical Islamic rule, and any attempt to establish it in America would almost certainly end in spectacular failure.

At present, many American Christians fear that the radical left will become a source of persecution. While I do share some of these concerns, I believe we need to think more carefully about this topic, in order to avoid unhelpful reaction.

One area of particular concern is hate speech laws. The United States currently does not have any prohibition on hate speech, but some on the left have called for change in this area.1 As US law currently stands, even speech that advocates for violence and lawbreaking is protected in some cases. In the landmark case Brandenburg v. Ohio, the Supreme Court held that a KKK leader, who was advocating for the return of African-Americans and Jews to Africa and Israel, and had stated that “it’s possible that there might have to be some revengeance taken” was protected under the First Amendment, since he wasn’t advocating for “imminent lawless action.”2 This stands in contrast to the United Kingdom, Australia, Denmark, France, Germany, India, South Africa, Sweden, and New Zealand, which all have some form of hate speech laws.3 The legal definition of hate speech varies. New Zealand, for example, merely has a law against “inciting racial disharmony.” Only one man has been convicted of this offense in 29 years; that case involved advocacy of genocide and race war.4 On the other hand, the United Kingdom has much broader provisions, prohibiting the use of “threatening or abusive words…within the hearing…of a person likely to be caused harassment, alarm or distress thereby.”5

Political opinions aside, the immediate area of concern for most Christians is the possibility that hate speech laws will be used to suppress speech in reference to what the Bible says about LGBTQ issues. First, it should go without saying that the Bible does not promote or endorse violence against persons who identify as LGBTQ; rather, it calls us to love all people. As Christians, we should not hate anyone, nor speak hateful words about any person or group of people. If hate speech laws are only used to prosecute speech that is truly hateful, we should have nothing to fear.6 However, there is concern that these hate speech laws may be construed to cover more than truly hateful speech. This concern is not without merit. In the UK, prior to 2013, their hate speech law included a prohibition of “insulting words.”7 Under this provision, a street preacher was fined for publicly displaying a sign that read: “Jesus Gives Peace, Jesus is Alive, Stop Immorality, Stop Homosexuality, Stop Lesbianism, Jesus is Lord.”8 While the wisdom and gospel effectiveness of displaying such a sign in the face of an antagonistic crowd is debatable, the fact that the courts penalized him for it is understandably concerning.

How should Christians behave in contexts that prohibit certain forms of speech? While we cannot compromise or water down Biblical truth, we can present it in a kind, loving, and nuanced way. I would argue that such an approach will substantially reduce the chance of being wrongly prosecuted for hate speech. In the event that we are charged in spite of this approach, a careful explanation of why we believe what we believe, combined with a loving attitude toward everyone involved in the prosecution/trial will send a powerful testimony. Someone clearly radiating Christlike love—without a trace of hate—being charged with hate speech is an absurdity that will not be lost on the world.

In reality, I don’t think direct government-sponsored persecution is the most probable future in America. Rather, I expect that Americans as a whole will gradually come to hate Christianity on a societal level. At present, America is deeply divided. On one side, we have the primarily secular left wing; on the other, an increasingly overtly Christian right wing. While some may see the ascendance of the Christian right as a positive development, a necessary check for extremism on the left, I beg to disagree. As a whole, the Christian right does not represent the Man from Galilee. As the culture wars continue, I fear that the popular American idea of what a Christian looks like will increasingly conform to the image of the Christian right. And it’s not a pretty picture.

The followers of the Prince of Peace are not warmongers. While the Bible clearly forbids immoral behavior, the Christian attitude toward LGBTQ individuals should be one of love and concern for their souls, not hatred and vitriol. As Christians, we believe that the ultimate answers to the world’s problems are found in Jesus Christ, not the latest Republican candidate of dubious personal moral character. We stand for doing what’s right no matter the cost, not merely doing whatever happens to be politically expedient. We believe that families and communities are transformed by lives surrendered to the Lordship of Christ, not by governmental coercion. But if all America sees is the Christian right, how will they know what true Christianity looks like? And if they only see a distorted version of Christianity, should it be any surprise if they come to hate it?

While I firmly believe it is an honor to suffer reproach for the name of Christ, I would far rather endure hardship for the sake of what I believe, than what others wrongly assume I believe. As the world around us grows darker, I am certain that sooner or later, the followers of Jesus in America will find themselves generally hated. But why will they be hated? Will it be because “men loved darkness rather than light, because their deeds were evil”?9 Or will it be because the light of Christ’s church has been obscured by the hateful fury of the Christian right? Only time will tell.

Ryan Zimmerman is a software engineer who is passionate about seeing people united in pursuit of truth, with a commitment to live it out. He enjoys good books and deep conversation, with an occasional hike for a change of scenery.

1 thought on “Is Persecution Coming?”