The Beauty of Monarchy 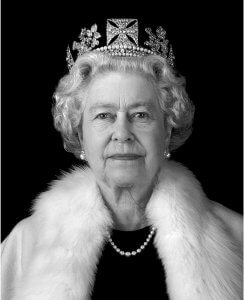 On Thursday, 8 September 2022, Queen Elizabeth II passed away. Her funeral was held this morning (19 September). She was the longest-reigning British monarch (70 years!) and died beloved by her people and by countless others around the world. The outpouring of grief, affection, and admiration has been stunning (see The Queue), though not surprising. Over and over again we hear how the Queen was the one bit of stability in a society engulfed in relentless change. Indeed, Her Majesty the Queen was the one figure connecting the World War II era with 2022—and everything in between. Her first prime minister was Winston Churchill, and her last, whom she appointed merely two days before her own death, was born 101 years after Churchill.

The passing of the Queen has led me to reflect on what made her so great, so respected, so beloved, a beacon of stability over tumultuous waters. We know that the British Royal Family play a ceremonial role, with no direct political power. But the Queen was not simply a celebrity.1  She was the head of state, the embodiment of the nation, the linchpin of the British constitution, the single individual who held her divided, raucous nation together. The monarch is the one figure able to represent the nation itself, untainted by political agendas or personal ambitions. The Queen may not have had political power, but she certainly did possess authority.2  In fact, the modern British monarchy’s power rests—paradoxically—in its lack of power; in the fact that they aren’t running for re-election or wedded to a certain political cause or being lobbied to support or oppose a parliamentary bill. Their power is in their presence, their ability to genuinely listen to their people, to represent the nation.

We have probably all seen the famous video of then-princess Elizabeth on her twenty-first birthday declaring to the nation that her “whole life, whether it be long or short,” would be devoted to the “service” of her people. Her life proved long indeed, and her commitment to service unflinching to her dying day.3We hear of how seriously she took her coronation and anointing, as a young woman back in 1953. For her, becoming queen was truly a heavy responsibility, which she believed was a sacred calling given her by God himself.

Kings and queens are not often known for moral authority and service. In fact, they have largely been replaced by democracies (at least at the level of actual government) in the West precisely because they have tended to be oppressors and tyrants, draining their people dry and stomping over them to create their own beautiful fountains and gardens. (Think the French Revolution.) Truly, power corrupts; and so as Jesus said, “The rulers of the gentiles lord it over” their people.

In an ideal world, the king or queen would be able to hold power and still embody the moral authority and people-oriented service their calling requires. Occasionally this happens, and this is what we as Christians long for as we await the return of King Jesus. But what if, just as an experiment, one could remove the thing in monarchy that tends to corrupt the monarch (power), the thing that leads us to think monarchy itself is a bad thing? Would such an experiment lead us to rethink the principial goodness of this form of government? I think this is what the modern British monarchy, and the late Queen in particular, allow us to do.

The British monarchy has not always been known for humble service or moral authority. Think Henry VIII or Bloody Mary or George IV—cruelty and violence, arrogance and corruption, selfishness and immorality. The ideal of the monarch as embodying service and standing as a moral example to the nation is something that began in earnest with George V and George VI, Queen Elizabeth’s grandfather and father respectively.4 I do not think it an accident that it is after the monarchy lost its grip on power that it pivoted to an emphasis on service and moral authority. Purged of what all-too-often corrupts us, the beauty of what a good monarch should be was able to shine. And shine it did in the late Queen, who coupled her inheritance with a strong personal integrity and Christian faith.

Some find the concept of monarchy intrinsically bizarre. Why should one person reign over a country for life for no other reason than a mere accident of birth? But I think this is wrongheaded. In some ways, I think it can be the most humble and beautiful of things. A good monarch knows that he or she has not sought or “earned” their crown. They sit on the throne not because they were able to out-fundraise or because they are the best public speaker or the most dashing or the most bombastic. They are not enthroned because they are the “expert” who best knows how everyone’s lives should be run or how to solve all the world’s problems. They reign simply because it is their calling to do so. Unlike others, Elizabeth didn’t have “life choices.” She never got to be a “normal person.” Their accident of birth means that they and they alone have the responsibility to hold their nation together by means of their service, their moral authority, their stability, and their receiving of their subjects’ honor. When we honor a queen or king like that, I think we come closest to honoring the “image of God” itself—not achievements or money or sex appeal or raw power, but a humble yet noble human.

What the monarchy did not lose (though it may have lessened in some ways) is a sense of hierarchy. The Queen was the one to whom everyone bowed or curtsied. All official acts were done in the Queen’s name. When the national anthem was sung, she stood on silently—because the song was sung of her: “God Save Our Gracious Queen.” She lived in palaces, with splendidly decked-out guards honoring her presence there. She was someone who was to be honored and respected, not so much for her worldly achievements or “success” but for what she embodied and for what she was called to.

In his essay “Equality,” CS Lewis writes movingly of this human yearning for a good kind of inequality, the ability to honor a good monarch:

Monarchy can easily be “debunked,” but watch the faces, mark well the accents of the debunkers. These are the men whose taproot in Eden has been cut—whom no rumor of the polyphony, the dance, can reach—men to whom pebbles laid in a row are more beautiful than an arch. Yet even if they desire mere equality they cannot reach it. Where men are forbidden to honor a king they honor millionaires, athletes, or film-stars instead—even famous prostitutes or gangsters. For spiritual nature, like bodily nature, will be served—deny it food and it will gobble poison.

A nation is an abstract concept. A president is often hard to distinguish from his achievements or celebrity status or personal ambition or political party. But a king or queen can be loved, honored, and feared. With Queen Elizabeth’s passing, we catch a glimpse of our own contemporaries connecting deeply with values we often spend our lives fighting against: that inequality can be a beautiful thing, that we need to honor someone higher than ourselves, that when stripped of its corrupting influences, authority and service can go hand in hand.

Or in King David’s final song:

“When one rules justly over men, ruling in the fear of God, he dawns on them like the morning light, like the sun shining forth on a cloudless morning, like rain that makes grass to sprout from the earth” (2 Samuel 23:3–4 ESV).

With the late Queen,5 we await the true King who perfectly embodies all that is noble and beautiful about kingship, and is able to wield absolute power without a trace of corruption. Whose life and death were for the service of his people. To whom every knee will rightly bow. Long live the King.

Dr. Paul Lamicela teaches biblical studies (see biblicalstoryline.org) and has a passion to help people know, be shaped by, and love the truth, goodness, and beauty of the one grand story of Scripture—which we are swept into through Jesus. Paul and his beautiful wife Laura love travelling, trying new foods, and good literature.

1 thought on “The Beauty of Monarchy”