Of Rumormongers, Scalding Coffee, and Gossip 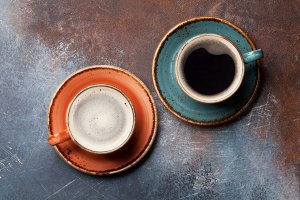 “Now everyone knows, and I don’t even know how to act anymore.” She lifted her blue eyes to meet mine and a pained expression crossed her brow. I looked down, wrapped my fingers tighter around my coffee mug, and swallowed hard. I love this woman in front of me. She is the one with highlighted hair and a spunk that makes me smile deep within. I love watching how she faces the struggles of life with her chin up and eyes on Jesus. She continued, “Now everyone knows I am struggling… My mentor told him and then he told them.” She shifted in her chair across from me. I could hear her gulp from her coffee, and I gulped from mine too, the hot liquid scalding my tongue. “But my mentor meant well, and I know her heart.” She sighed, but the pained expression never left her face.

“Look at the ships also: though they are so large and are driven by strong winds, they are guided by a very small rudder wherever the will of the pilot directs. So also, the tongue is a small member, yet it boasts of great things. How great a forest is set ablaze by such a small fire! And the tongue is a fire, a world of unrighteousness. The tongue is set among our members, staining the whole body, setting on fire the entire course of life, and set on fire by hell.”  James 3:4-6 (Emphasis added)

Gossip can come in many shapes and sizes. It comes because we all have this “fire,” the tongue, that can sabotage and kill. This “fire” of ours is connected to our heart’s deepest thoughts, and James calls it “almost impossible to tame.” It all goes back to Eden and the Fall. The choice to sin affected even the smallest matters, including our tongue. The tongue became adept at gossiping about our fellow men in subtle and not-so-subtle ways. God labels gossip as sin:

And since they did not see fit to acknowledge God, God gave them up to a debased mind to do what ought not to be done. They were filled with all manner of unrighteousness, evil, covetousness, malice. They are full of envy, murder, strife, deceit, maliciousness. They are gossips, slanderers, haters of God, insolent, haughty, boastful, inventors of evil, disobedient to parents, foolish, faithless, heartless, ruthless. Though they know God’s righteous decree that those who practice such things deserve to die, they not only do them but give approval to those who practice them. (Romans 1:28-32, Emphasis added)

When it comes to the sin of gossip it is easy to have an “us and them” category, but this isn’t right. In all reality if I don’t strike out on gossip I might strike out on pride with an “I don’t gossip” attitude. In God’s kingdom there are no levels to sin. Gossip is no better than pride, murder, strife etc. We all need the gospel to touch our own messy hearts, to convict us of sin, and to lead us to repentance.

Addressing gossip is not at all undermining the beauty of praying for each other, bearing each other’s burdens, or addressing concerns well. It is about purification of the messy in my heart that still needs to be exposed, cut away, and redeemed. Jesus calls us to live out the perfect Eden model—that of a life giver with a life-giving tongue. A life-giver thinks before they speak and applies the “Gossip-not Practicals” below:

Gossip can be so blatantly obvious as well as so cleverly disguised. Have you been asked to pray for a friend by a friend because they were concerned for another friend? Have you ever been asked for advice by a friend for the situation of the person they are mentoring? Never should confidence be broken in the name of concern or a prayer request, only on the condition that someone’s life is in jeopardy (i.e., abuse, suicidal, at risk, etc.). I call the people that break confidence with the excuse of concern, “Concerned-gossip-prayer-requestors.”

When we hear gossip or the start of it, instead of feeding on it, we should repel it gently.  It means being the stop sign that says “stop.” It takes gentleness and bravery. Will our brother listen if we are harsh? Will he listen if we merely whisper? We must be straightforward and share out of love.

Whoever goes about slandering reveals secrets; therefore, do not associate with a simple babbler. (Proverbs 20:19)

When gossip continues even after your attempt to repel it, it is time to put on your running shoes and leave. How much different is the one gossiping compared to the one listening to the gossip? Listening to someone gossip is agreeing with their sin. We are also commanded not to “associate with a simple babbler” and listening definitely has us associating.

Before we share what someone else has told us we ought to ask ourselves, “Why am I wanting to share this? Is this something my friend has shared in confidence? Is this person in danger? Does the law require me to share this? Have I asked this person if I can share this beyond them? If I were in their shoes would I want this to be publicized? How would I feel if they shared this about me?”

Use your mighty small rudder in a mighty good way (James 3:4-6).  Your tongue can be steered in such a way that it proclaims beauty and strengthens the joints of the body of Christ wherever we go. Christ calls all of us to this.

Rather, speaking the truth in love, we are to grow up in every way into him who is the head, into Christ, from whom the whole body, joined and held together by every joint with which it is equipped, when each part is working properly, makes the body grow so that it builds itself up in love. (Ephesians 4:5-6, Emphasis added)

I recently did a poll on my Instagram asking, “Have you been hurt by gossip?” Only 18% of those that responded to my poll said “no,” and a good 83% responded “yes.” Gossip happens, not just in friend groups, but also in churches. My friend in the opening could testify to that.

The action of gossip and the response to it both have death-worthy responses. It is important to stand against gossip, and repent of it, but equally important to deal with the wounds of it. Gossip wounds can easily make their way deep into the crevices of our heart and embitter us. We begin to ask ourselves, “How do I look at that person with love after all they said about me? And how even do I not become bitter?” We are not alone in these questions.

Let me tell you the story of an innocent man splayed out on a wooden cross, bearing the weight of the sins of the world. This man is so much more than a man. He spent a lifetime of being considered an oddity, celebrity, teacher, healer, and was also viciously hated. He bore the spitting words of Pharisees and their wicked schemes that landed him on the cross. Jews and Romans alike taunted him, “Hahaha, King of the Jews but He can’t even get himself off that cross.” He answered not back to their lies, but instead turned his cheek and let his heart rest in His heavenly Father’s. Jesus chose a lamblike posture— humility. “He was oppressed, and he was afflicted, yet he opened not his mouth; like a lamb that is led to the slaughter, and like a sheep that before its shearers is silent, so he opened not his mouth.” (Isaiah 53:7) Jesus—our Lord—chose to forgive the taunts, the gossipers, and all the flagrant sins of a messy humanity. “Father, forgive them, for they know not what they do.” (Luke 23:34)

This story of injustice isn’t comparable to gossip, in most ways. Gossip is an injustice, but gossip isn’t what initially placed Christ on that cross. I want us to turn our eyes to Jesus, though.  Jesus gives us the perfect example of a right response to injustices done towards us—humility and forgiveness. When we face the wounds of gossip, Jesus can empower us to do what is beyond our human nature. Our deepest wounds as well as our mistakes can become a place where death meets power. When we choose to forgive there is peace instead of bitterness, and when we choose to repent there is freedom. When we allow Christ, the one who defeated death, into the picture, we are sure to see a resurrection. The inflictor of gossip and the one wounded by gossip leave resurrected and restored.

The words “it should not have to be this way” ran through my mind. It was on the day I walked away from meeting my friend. The scalding coffee was a forgotten memory, but the conversation was not. Her pained face resurfaced in my mind, as did the problem. Rumormongers must be stopped, and the stories we hear must remain confidentially clasped in our hearts and kept. Words must be kept and tongues tamed. Then our friends won’t have to hold back tears while sharing gossip victim stories over coffee.

“So also the tongue is a small member, yet it boasts of great things. How great a forest is set ablaze by such a small fire!” James 3:5

1 thought on “Of Rumormongers, Scalding Coffee, and Gossip”