The Wind Phone: Humanity’s Search for Something More 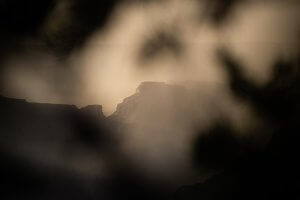 “Mass shootings across the U.S. leave dozens killed or wounded this weekend.”

These are just two of the many headlines of this year reporting tragedies in the world. It is difficult not to become overwhelmed with horror when we realize just how much pain and suffering occurs on a daily basis.

Another thing is clear about society: it is in a perpetual state of unrest–turmoil even. In the past few years we have seen viciousness on social media platforms, the demonizing and ignoring of others’ opinions, social justice riots that have caused harm to communities, fanatics storming the Capitol, and so much pain and suffering in countries like Afghanistan and Ukraine.

What does this roiling society tell us? It tells us that people desire something more. Whether it be justice for the oppressed, the right to keep weapons, or a country’s desire for its neighbor’s resources, humanity just can’t seem to settle down. Unrest is running rampant and unrest is a product of desire.

Although, the problem with society is not that we desire too much, but that we attempt to cope with that desire in the wrong ways.

The Greeks in the apostle Paul’s day constructed an altar to the Unknown God because they suspected there may be something more, and our modern culture demonstrates the same suspicion. As Blaise Pascal wrote in Pensée: “There is a God-shaped vacuum in the heart of every [person] which cannot be filled by any created thing, but only by God the Creator, made known through Jesus Christ.”

We see emptiness pushing people into action or into despair, and either path often leaves some trodden and broken.  We find even the substantial realities, such as family, friends, and good times, causing us pain because their passing leaves a hole. Therefore, we find ourselves the more wounded for these loves. Desire brings pain, but it can also bring healing.

In 2010, a Japanese man by the name of Itaru Sasaki was grieving the loss of his cousin to cancer and he chose an interesting way to cope with this grief.

“Because my thoughts couldn’t be relayed over a regular phone line,” Sasaki told a Japanese TV channel in his quiet, softly nasal Japanese language. “I wanted them to be carried on the wind.” For Sasaki, it was a place to talk about the sorrow. Who knew? Maybe the wind carried his voice across the chasm of death.

So Sasaki built a white, European-style phone booth in the quiet garden of his small house on the outskirts of the town of Otsuchi in North-Eastern Japan. He left the black, rotary dial telephone in the booth conspicuously disconnected. He wanted his voice to travel on the wind.

Little did Sasaki know that the following year would bring a deadly tsunami crashing into the Eastern coast of Japan, hitting Otsuchi especially hard and killing ten percent of the 16,000 residents. Over the years since, Sasaki’s Wind Phone has become a place of solace for thousands of Japanese mourners who have lost loved ones in the tsunami as well as many other grievers, even outside of Japan. It has become an international destination for those who are grappling with pain and unanswered questions.

The Wind Phone stands as a phenomenon in Japan where cultural pressure of conformity and the repressing of outward emotion smothers open grieving. Sasaki’s little white booth rises like a monolith in the Japanese scene of tragedy and suffering as Sasaki comforts with the comfort with which he has been comforted.

Itaru Sasaki’s example has been imitated around the world, in places such as California and Dublin, Ireland, to commemorate local tragedies. But, there is only one Itaru Sasaki, who walks softly out to the Wind Phone each night and reads the new entries in the notebook which he keeps in the booth for the mourners to scrawl what aches in their heart. There is only one Itaru Sasaki who stands on shuffling feet before a grieving couple and, while rubbing his stomach awkwardly, says gently,  “You can’t wipe the sadness away.”

The Church and Culture

Jesus set an example of mourning for us as His followers. When his friend Lazarus died and Jesus saw the grieving of his sisters Mary and Martha, the Lord of heaven wept too. Even though Jesus knew that Lazarus was about to be raised from the grave, He wept because hearts were broken, because His heart was broken. Upon seeing this, the bystanders said, “See how he loved him!” It was the grief and not the words “Lazarus, come out” that spoke the loudest of Jesus’ love for His friend. Any pompous king, rich in healing power, might deign to heal some hapless man. But who, apart from one who truly cared, would weep?

Often, we as the church are tempted to skip the weeping part; it is too messy. It is easier to try to quickly fix the problem than to enter into the situation fully and feel the pain ourselves. We are not communicating the love of Jesus fully when we merely speak Biblical truth and don’t live it out by mourning with those who mourn. In reality, our place is most often to bring healing through God’s love glowing in our tear-filled eyes.

The most insufferable thing about suffering is being alone, and we as Christians are able to offer the one thing sufferers need most: a loving presence and a burning hope.

The church has had a reputation as a haven for the suffering and marginalized throughout history. In the early centuries, the church was well known for its care of the poor and hurting. Julius the Apostate complained in this way to a pagan priest:

“When it came about that the poor were neglected and overlooked by the priests, then I think the impious Galileans [Christians] observed this fact and devoted themselves to philanthropy… [They] support not only their poor, but ours as well, all men see that our people lack aide from us.”

In the Sermon on the Mount Jesus exhorts His followers in this way:

“You are the light of the world. A city set on a hill cannot be hidden. Nor do people light a lamp and put it under a basket, but on a stand, and it gives light to all that are in the house.”

What is the hill to build our city on? What is the basket that we place over our light? In the pursuit of justice for the oppressed and comfort for the hurting, what does Sasaki’s Wind Phone teach us?

What We Learn from the Wind Phone

Sasaki invited those around him experiencing pain to find comfort in the way he had found comfort. His generosity and care spoke to the thousands who came even when the wind itself didn’t speak back. We as children of God have found a comfort that we are indebted to share. We also must make our invitation public and visible. How will people come when they have not heard of us? We have an opportunity to share the only reality that brings unbreakable hope, God’s love.

Sasaki, though not intentionally, built the Wind Phone in a location soon to be filled with brokenness. Although people now travel from all over the world, the Wind Phone was gifted to the community of Otsuchi. According to the words of Jesus—Those who are well have no need of a physician, but those who are sick—we must take our light to the places that truly need it, to the dark places. Blessed are those who mourn, for they shall be comforted.

The Wind Phone itself demonstrates attractiveness and beauty. Why do people come from all over to confide in the little, white box? It is the novelty it offers in those broken lives where nothing seems to be able to break the cycle of grief, as well as the hope of the connection with the unknown—that yawning chasm that has swallowed their loved ones. Deep down, the mourners sense that the wind blows where it wishes, and you hear its sound, but you don’t know where it comes from and where it goes. Maybe it comes and goes from that unknown place. We as the church should shine with the beauty and with the attractiveness of a safe place for hurting people to tell their stories. As people changed by the Mystery of the Gospel as Paul describes it, we should emanate a connection with that unknown, that something more that the world seeks. We have something novel to present to people’s lives.

The best place to start is in the little things. We may not be able to change society in one swipe, but we can make a difference in the few people around us, in our community. The truth is that we humans are small and our reach is limited. We are most often called to do the little things deeply and God causes the widening.

Over the past winter I lived in New York City and I saw much brokenness and unrest. All of the darkness was really quite overwhelming at times, but the moments I felt I had made the most difference were in the very small interactions.

Once, I met a man named Vladimir. I sat down beside him on a park bench and offered him some hot chocolate; he reciprocated with some glazed pretzels and we talked. He told me his story, of his broken relationship with his father, of his addiction to alcohol, and of his aspirations as a musician. Through the conversation and the simple fact of me being present and listening, I saw Vladimir experience the something more. Tears came to his eyes and he exclaimed over and over how present God was with him in that moment. As we were speaking, Vladimir’s father called him out of the blue and that was further confirmation for him of God’s grace. That conversation was Vladimir’s Wind Phone experience (mine as well) and it was a result of the awkward, everyday opportunity of approaching a man on a park bench and listening to his pain and desires.

In conclusion, sometimes it may feel as if no one is interested in encountering something more than what they are accustomed to, but the Wind Phone tells a different story. The Wind Phone is a modern Altar to the Unknown God. Most Japanese homes have a shrine or altar to deceased ancestors and the Buddhist religion (a majority religion in Japan) teaches the elimination of desire as the means to painlessness, yet we see thousands of Japanese grievers visiting Sasaki’s quiet, beautiful garden and crying their desires and hurts into that black, rotary telephone. Just like the ancient Greeks, they sense there must be something more and that sense often raises its head in the presence of pain and unrest. Like Paul on Mars Hill we should proclaim that beautiful mystery that whispers in the corners of their hearts where emptiness aches. But we proclaim, not an altar to the Unknown God, but an altar to the Known God and the God who knows. We proclaim, not a Wind Phone that remains silent in the presence of our tears, but the Wind that is our Comforter.

Conrad enjoys spending time in nature with his camera, reading books–especially old books–, and connecting words and ideas in new and exciting ways. He has dug into philosophy and theology, and loves sharing thoughts that have made a difference in his own understanding. He is passionate about discovering and sharing God through all of the little, everyday occurrences and interactions.